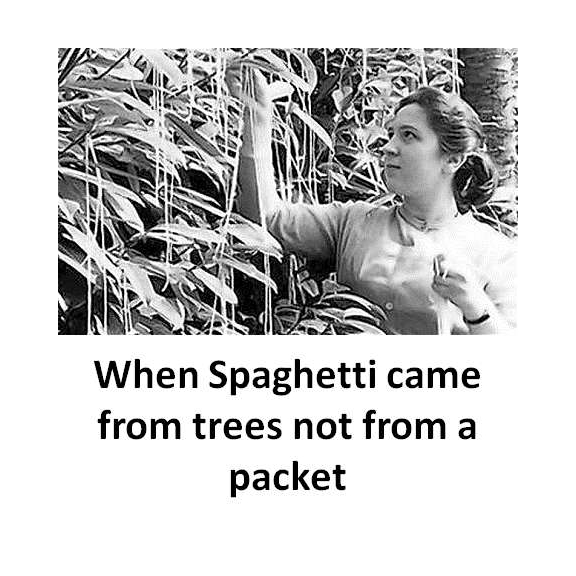 Can you imagine a time when pasta was not part of the English menu?

In 1957 the majority of the country had no idea what pasta was – other than it was ‘foreign’.

So this news from Panorama about a bumper Spaghetti harvest had everyone fooled.