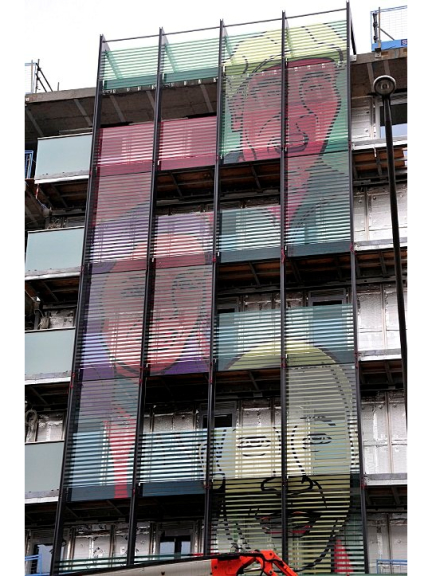 As work continues on the development, which developers Solum Regeneration said is due for completion at the end of the year, the radical new elements of the design can now be seen in the form of The People of Epsom.

As part of the planning agreement for the development with Epsom and Ewell Council, Solum Regeneration agreed to incorporate public art chosen from a competition among students at the University for the Creative Arts in Epsom (UCA).

The winner, Nick Jameson, developed the concept of featuring the faces of local people on the facade of the station as a tribute to the community.

What do you think of the faces?  Email Hardeep Matharu on hmatharu@london.newsquest.co.uk

Or visit yourlocalguardian and leave a comment or VOTE for what you think of the designs.

Article from Hardeep Matharu – picture from yourlocalguardian (other pictures on the article).