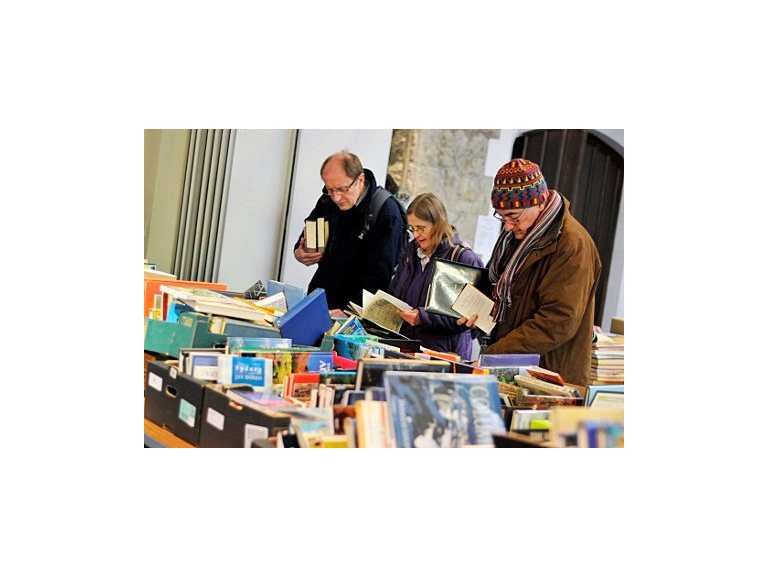 The biggest charity book fair in Britain brought bookworms from near and far and raised £26,500 for good causes last week.

The book fair, which made £2,000 at its first outing 12 years ago, offered thousands of books, DVDs and LPs for sale.  It was originally established to help pay for an improvement project for the church.

The project was completed two years ago, but the church continues to organise the event because it is a "win-win situation".

Jacqui Raggett, who is on the book fair’s committee, said: "The amount it raises is absolutely stunning and that’s the reason we carry on with it.

"You can’t walk away from something that does so much good.

Mrs Raggett said the committee ensures all items sell for a "realistic price", with paperbacks starting at 60p and specialist books for up to £500.

People travelled from Norfolk, East Anglia and Cheltenham and stayed with relatives in Epsom to attend this year's event.

Mrs Raggett added: "The event is well-publicised and a huge amount of work goes into considering the quality and quantity of the books.

"Once we publicise, the books pour in and the week before we start sorting like mad.

"We sort very carefully so people can find what they are looking for.

"It’s now the biggest event of its kind in all of England, listed as a ‘premier’ charity book fair."

She said notable books on offer over the years have included a 17th Century law book and a Road Dahl book with a full-page inscription written to his headmaster, and this year a signed first edition Arthur Ransome was sold for £75.

Mrs Raggett said: "We get specialist book dealers coming in but our most popular visitor is probably someone who buys an armful of paperbacks for their summer holiday.

"We hear so much about e-readers but Kindles are making absolutely no difference to us.

"You can’t imagine a beautiful art book being successful on a Kindle or a book discussing the impact of the Napoleonic wars on the French economy being available on it.

"Kindles don’t have the range for people who are really interested in books."