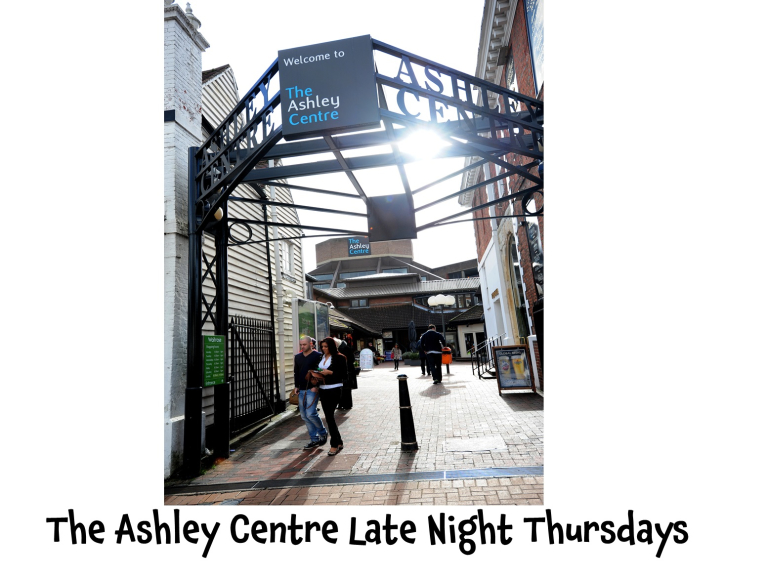 Since April, The Ashley Centre has run extended opening hours making shopping in Epsom even more convenient with the addition of late night opening on Thursdays proving very popular.

The new opening hours mean the Centre is open every night except Sundays until 6pm plus late night opening until 8pm on Thursdays. The retailers are offering visitors even more opportunity to shop at times that may be more convenient to them. The addition of the flat rate fee of £1.50 on weekdays after 4pm in The Ashley Centre Car Park has also proved a hit meaning shopping later in the day is becoming more and more well liked.

Kerry Reynolds, store manager at Jones Bootmaker said: “We have had a great response to our extended hours of opening, and footfall has certainly increased.”

Graham Sandle, Department Manager at Waitrose said:  “It’s a very positive step forward, not just for the centre but also for the customers. Footfall has increased in the branch since the centre started trading until 8pm”.