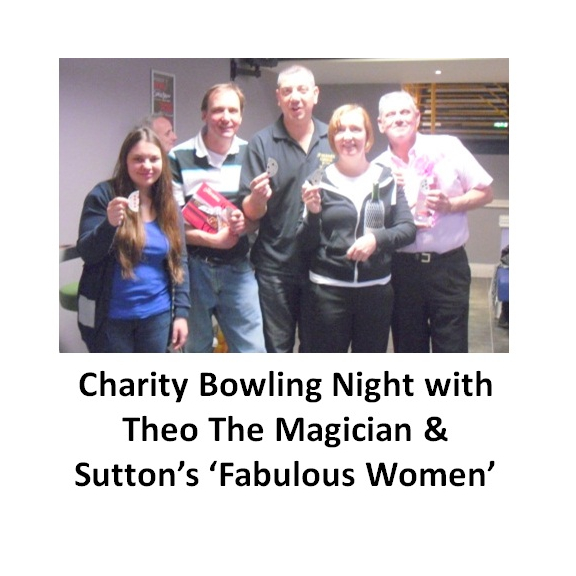 Theo The Magician used his own magic to team his Extreme Business Networking with the new Sutton business group “Fabulous Women” – and raise funds for local charities.

Networking in a relaxed atmosphere – mixed with fun… and a great way to raise funds for good causes.

Read how the evening went

The charity supported at the bowling night was The Neonatal Unit at St Helier Hospital in Carshalton Surrey. Magician Theo has a target of £2,000 to raise for CosyTherm Mattresses for the Incubators. So far this year Theo's January Event raised £300, then Theo recieved £500 from a Fabulous Women Charity Night where he acted as Auctioneers and Entertainer. The bowling raised £200 and as Theo was so overwhelmed with the support and fun everyone had he topped it up to £250. Total towards target so far is £1,050, so only £950 to go.