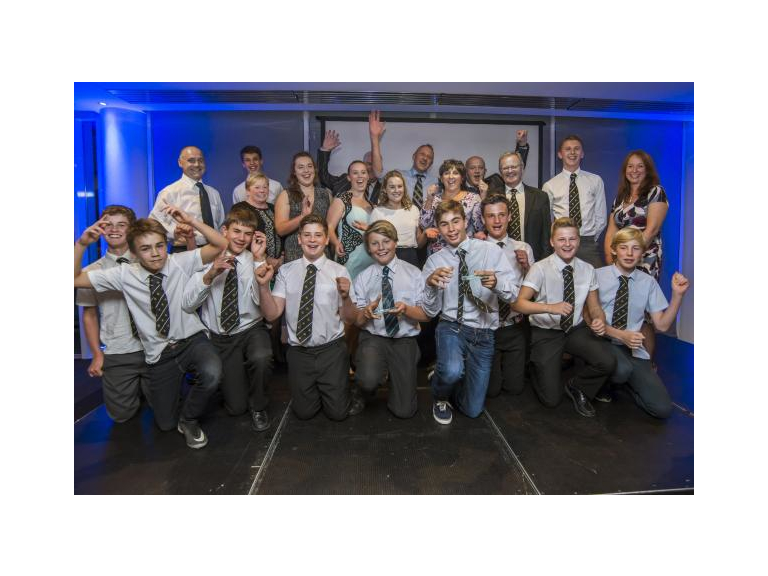 Every year the Epsom & Ewell Sports Awards are held in the Queens Stand at Epsom Racecourse. It brings together over 200 people from the borough to celebrate the various successes and contributions in the local sporting world.

Over the past two seasons, the club has made it to the Honours List but yesterday evening the club went one better.

We can proudly announce that Sutton and Epsom RFC are officially the AON Hewitt Sports Club of the Year 2015. This is a remarkable achievement for the club, with it being highly competitive to even get on the shortlist!

The award culminates relentless work carried out by hundreds of individuals at the club to make sure that they are the best club they can be. Although nobody does it for the recognition, last night was their opportunity to show the borough how much they provide for the local community; both on and off the pitch.

To add to this, earlier in the evening their current U14s were awarded the Young Team of the Year 2015. This was based on the fantastic effort the lads put in last season to win the inaugural Surrey Cup, as well as several of the squad members being selected for representative honours with Surrey & Harlequins.

Congratulations to the boys, Garry Jones (Team Manager), Nigel Bell (Head Coach) & the background team who all played their part in a remarkable season.

It’s safe to say that the team couldn’t be prouder of last night’s achievements, the trophies are pride of place in the bar (but they are glass, so they’ll find them a safer home!).

A full write up on the awards can be found in the Epsom Guardian, where naturally Sutton and Epsom feature heavily - CLICK HERE