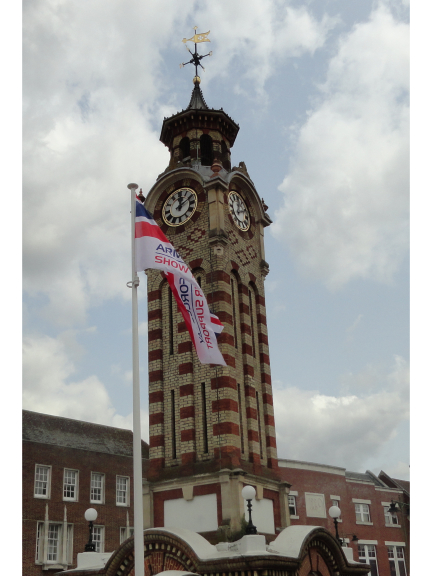 Epsom & Ewell Borough Council will be raising the armed forces day flag within the borough this Monday for the week preceding national Armed Forces Day.

In doing so, the borough joins 10 Downing Street, Government departments, local authorities across the UK and others in showing our support for the service personnel of our armed forces.

Mayor of Epsom & Ewell, Councillor Humphrey Reynolds said “The raising of the Armed Forces Flag provides us all with the opportunity to acknowledge and thank the men and women who make up the armed forces community, from currently serving troops to service families, veterans and cadets.

“In honour of the bravery of our service personnel and recognising the vital work they carry out to ensure our security, we normally raise the Armed Forces Day Flag in a special ceremony in Epsom Market Place.

“A ceremony is not possible this year, but we are proud to raise the flag as part of synchronised flag raising ceremonies across the whole of the UK”.

With physical events being cancelled because of the Covid-19 pandemic, the organisers of Armed Forces day have come up #SaluteOurForces.  #SaluteOurForces is a simple way for anyone to pay tribute to the British Armed Forces community for their hard work, dedication and efforts to and keep us safe in the UK and across the globe.

To join in, simply send a photo or video of yourself or your friends and colleagues saluting then either Tweet the image to  @ArmedForcesDay using #SaluteOurForces or email the image to armedforcesdayuk@gmail.com.