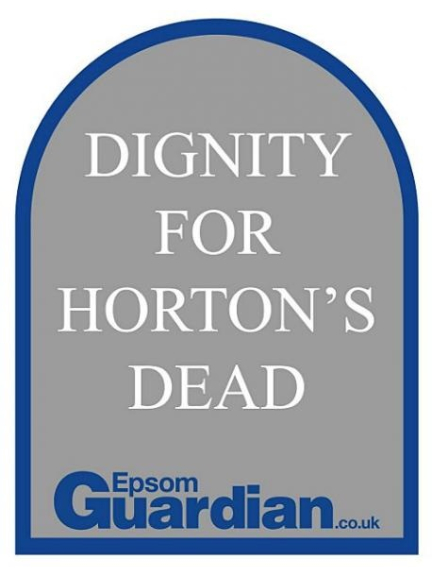 The Epsom Guardian’s campaign to find dignity for the dead in Horton Cemetery has received support from a resident now living 12,000 miles away.

Michael Tucker, who lives in Victoria, Australia, wrote to the newspaper expressing his concern after his brother Stuart, of Ashtead, sent him cuttings of Epsom Guardian’s articles on Horton Cemetery.

78-year-old Mr Tucker was born and bred in West Hill Avenue, Epsom, and said he feels a "moral obligation" not to forget those buried in the cemetery.

He said: "When Horton hospital became a British military hospital throughout WW2, daily, we passed many wounded dressed in blue uniforms and red ties, as they walked along the path to the town to enjoy an afternoon at the cinema.

"Citizens were encouraged to visit patients who were unable to get out and about and I often accompanied my mother to Horton Hospital to visit a French soldier who suffered a very bad leg wound.  He was one of the lucky ones who got away in the hazardous evacuation at Dunkirk.

"The memories of Horton are very vivid to me even though I am 12,000 miles away.

"As the decades pass I feel I have a moral obligation to show my concern for all those rest in peace in the Horton Cemetery."

Mr Tucker belongs to a local history society in Australia which, among other issues, is concerned with a Lutheran Cemetery in Victoria which was desecrated during WW2 "just because the headstones were in memory of German pioneers who came to the orchard growing district in the 1800s".

He added: "Several years ago, the historical society took the initiate to erect rectangular plaques on all the grave sites - it had a very detailed plan of all the sites and details of all those buried there.

"Such acts of destruction are incomprehensible.

"Hopefully authorities and citizens will be urged and encouraged to take steps to preserve Horton Cemetery, so future generations will know how it came about that those from many walks of life came to be buried there."