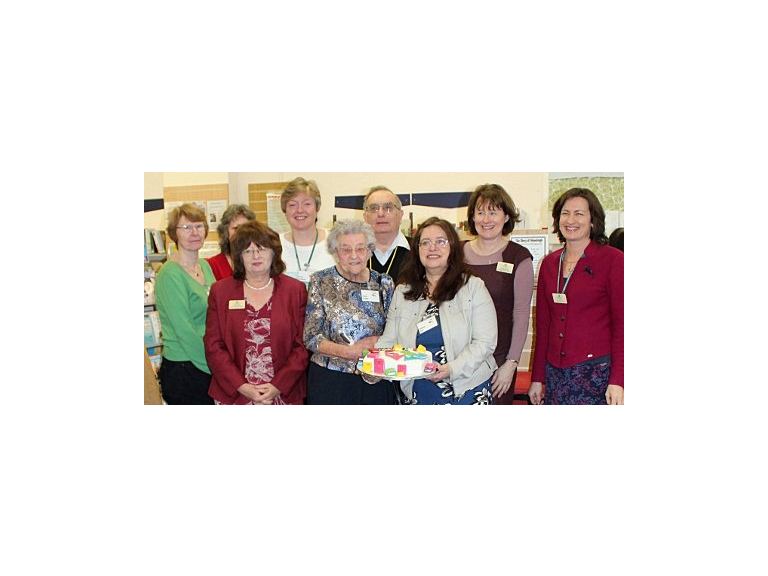 Stoneleigh library re-opened as a volunteer-run service at the weekend – despite professional staff members still being required to help run it for the next few weeks.

More than 100 residents turned up to see the library re-open as a community partnership library on Saturday, February 16, following its closure for two weeks for refurbishment.

The library, which had always been professionally-run by Surrey County Council (SCC), is one of 10 “lesser-used branches” controversially selected by SCC to be run by volunteers by April.

But due to a legal technicality, SCC staff will still be required to help run services at the library, alongside volunteers, for “at least the next few weeks”.

Epsom Councillor Mike Teasdale said SCC leases the library building from an offshore owner, on agreement it will be run as a library by SCC.

The owner is yet to sign an agreement that it can be run by volunteers – forcing professional staff to remain on site.

He said: “The volunteers will actually benefit from having the Surrey staff with them in the meantime as it will mean more training for them.”

One of the eldest of the library’s users, Eileen Salisbury, cut the ribbon at the re-opening ceremony along with one of the youngest, Samit Eryurur, while visitors were treated to refreshments, a cake made by Nescot students, and a harp recital by Naomi Harling.

A history of Stoneleigh in pictures and articles was also on display.