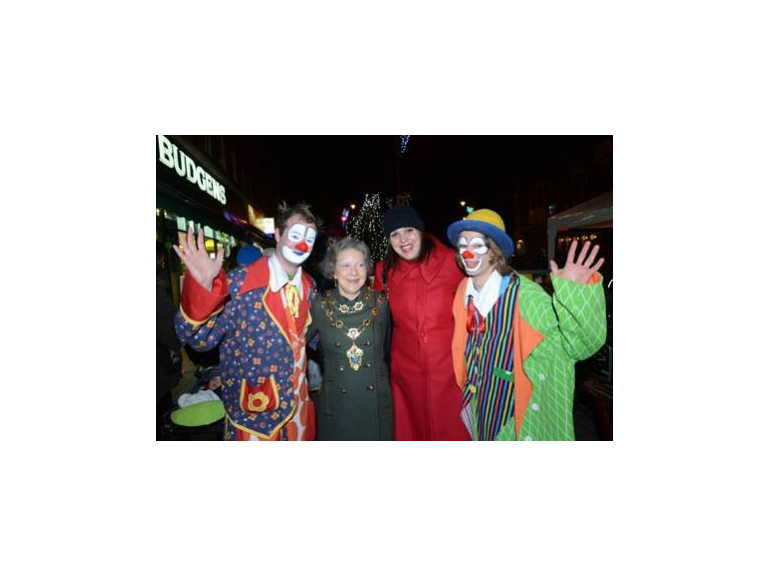 A thousand people descended on Stoneleigh Broadway on Friday to see it lit up for Christmas for the first time in a decade.

See the Pictures and Video

Christmas lights went up along the length of Stoneleigh Broadway, thanks to a financial boost from Epsom and Ewell councillors Mike Teasdale, Eber Kington, Chris Frost, David Wood, Colin Taylor, from local shops, and donations from the Stoneleigh and Auriol Residents’ Association.

A large Christmas tree, donated by Court Farm Garden Centre in Tolworth, was put up outside Budgens.

With the shops on the street staying open until late, visitors were entertained by Father Christmas, stalls, choirs, live music and street clowns, with the mayor of Epsom and Ewell, Councillor Christine Long, joining in the festivities.

Coun Teasdale, who helped put up the lights, said: "It was a great success.  At the peak time there were approximately 1,000 people enjoying themselves looking at the lights and Christmas tree, listening to the choirs and band, watching the dancing and eating food from the stalls as well as buying from the many shops up and down the Broadway.

"The late opening of the library and their craft stalls was also appreciated by a considerable number, and many children really enjoyed their visit to Santa in his grotto".

The duty manager at Budgens said the event was "absolutely fantastic".

She said: "It was really busy and it was great for the whole of Stoneleigh, as well as the individual shops.

"It's definitely great to have some Christmas lights in Stoneleigh again and I think it will attract people. There were lots of kids at the event, the Christmas tree outside the shop looks good - it was worth the effort and time."

The owner of Maggies Pets, based on the Broadway, added: "It went very, very well.  Lots of people turned up, it looked lovely.

"It's good to have some lights - it used to be so miserable.  Most of us used to do our shop windows but it's not the same is it?"

Article and pictures from Hardeep matharu at epsomguardian