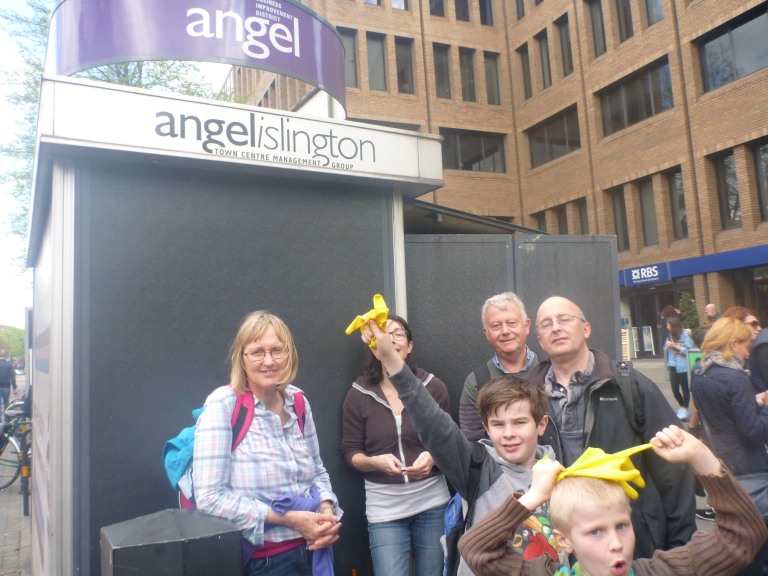 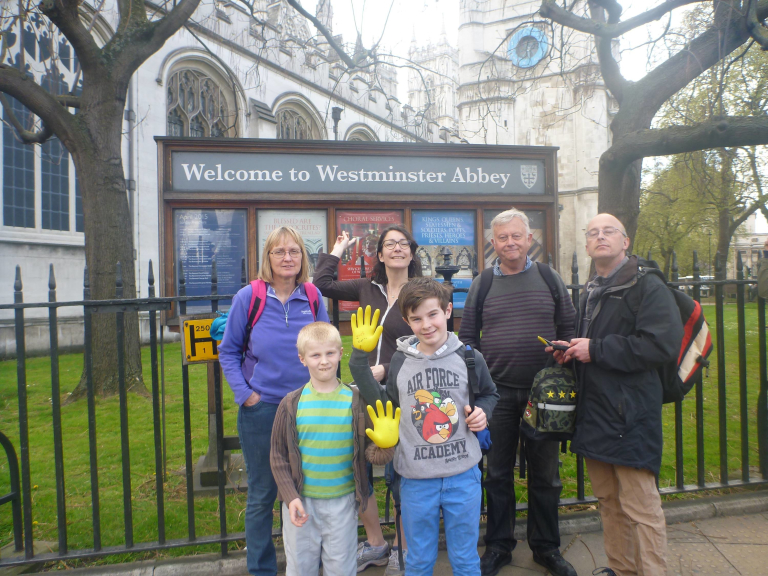 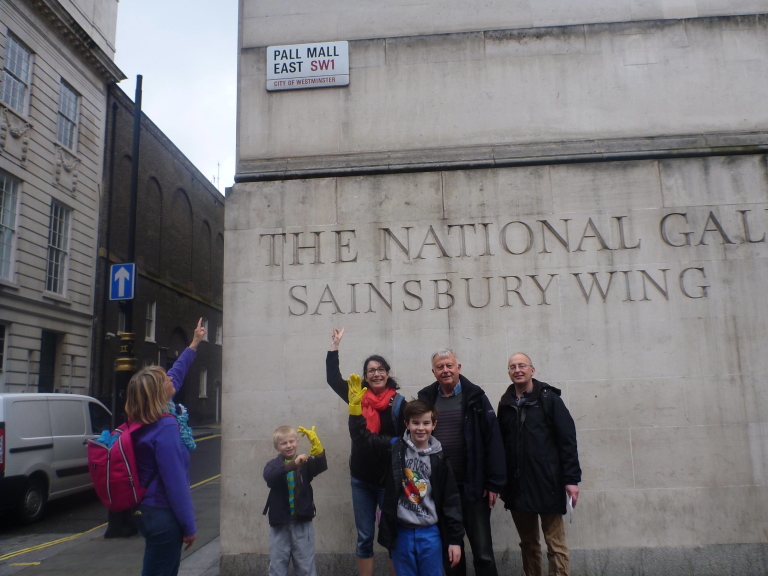 22 coloured streets, 4 different churches, 5MessyChurchvalues, 8 eager teams and a fineLondonday - put them all together and what do you get?  Messy Monopoly!  The idea was the brainchild of Charis Lambert and Michelle O'Conner, who together co-ordinate Messy Churches in south-westLondon.

The event was organised to raise money for BRF’s fresh expression of church, MessyChurch.

It began and ended at the Oasis Church, Waterloo: Lucy Moore, who works for BRF and is responsible for developing the work of Messy Church nationally and internationally, sent us on our way with a prayer at 10.00, and 6 hours later all team members gathered for a reviving tea and pizza and a great Monopoly story told by Martyn Payne from BRF.

So, on Saturday April 25th 3 raring-to-go teams from St Mark’s, Tattenham Corner set out to walk, bus and tube their way around London, taking photographic evidence of the 22 places visited with their mascots - yellow rubber gloves! The mascots had to appear in all photos as evidence they had actually been there on the day.  To earn extra points the teams also had to demonstrate the 5 core values of Messy Church: Christ-centred, celebration, hospitality, intergenerational and creative. The teams were certainly creative as they pounded the streets and tried to fulfil all Messy Monopoly’s requirements. Andrew, one of the St Mark’s team, was celebrating his 12th birthday and had birthday cakes with candles and sparklers on the journey and was sung to by a large group of Austrian tourists.  Just what a 12-year old needs to make his day!

Learn more about the Messy Church at