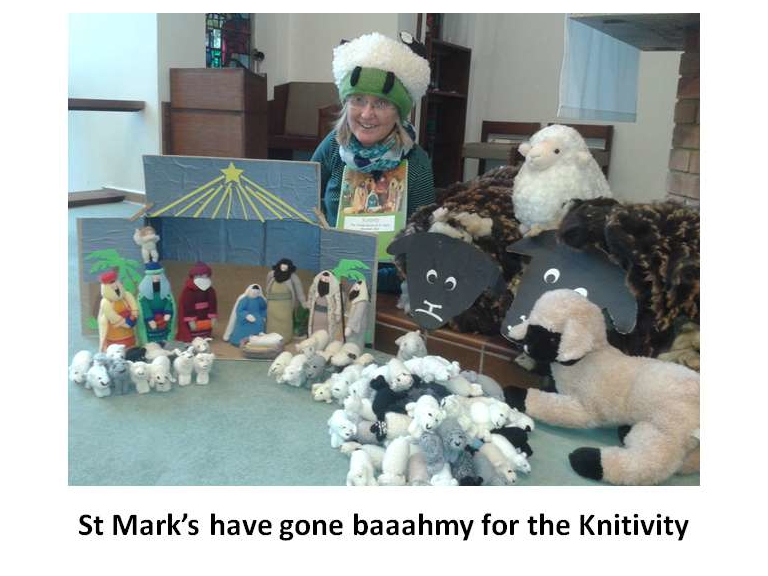 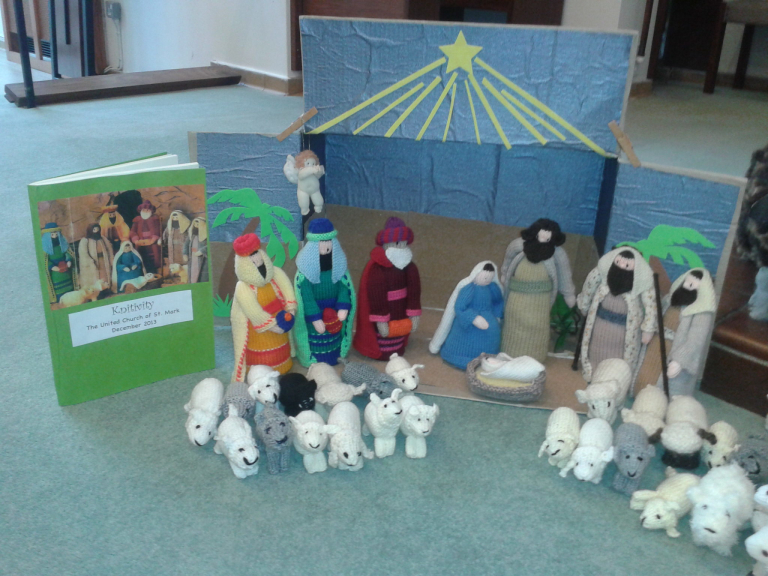 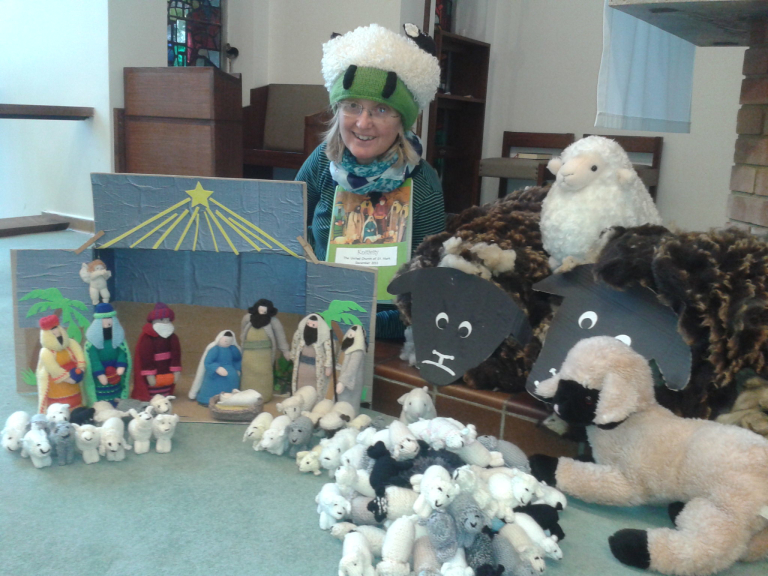 The Rev Des Williamson has very kindly sent us a report on this great story of the local community coming together through SHEEP!!  (and knitting).

Sheep are taking over at St Mark’s Church, Tattenham Corner. It all started when families’ worker Liz Townsend suggested a touring nativity for Advent. As she and the vicar, Des Williamson tossed ideas around they came up with a baaaahmy idea. The church had a knitted nativity set courtesy of Gill Keens an avid knitter in the congregation. ‘Let’s use it to for the travelling nativity and each house it visits will keep a sheep as a memento of the visit’ suggested Des.

Then the plan grew to take in the Library, Schools and a day centre for the elderly. The need need for shepp was estimated at 60 to allow each class at school to keep a sheep as well as each family at Rhyme Time in the Library.

The Library wanted to start a knitting group so Gill Keens was drafted in to teach some new recruits. They knitted over 30 sheep in just four weeks. Meanwhile the whole thing took on the name Knitivity, a contracting of knitted nativity. Keeping track of the sheep also became an issue and Liz reinvented the old classic church thermometer gauge as a baaahrometer.

The Knitivity set off on 1st December complete with a diary for people to put photos in and record their experience of hosting the holy family. Liz launched the trip by telling the Knitivity story and even wore a sheep tea-cosy on her head to get into the role.  The launch was accompanied by three life-size lookalike sheep made by Liz from fleeces donated by a friend. Small knitted sheep are still arriving at St Mark’s but the Knitivity flock is now at 127!

‘People are free to use the Knitivity whatever way they like’ said Des, ‘I’m having a mince pie party and inviting my neighbours, there’s a Prosecco party and some families are getting together for Carol singing, all with the Knitivity as centre stage and the Christmas story’.

Liz Townsend, families worker with the life-size sheep, Knitivty and some of the small sheep

The Knitivity and some of the sheep