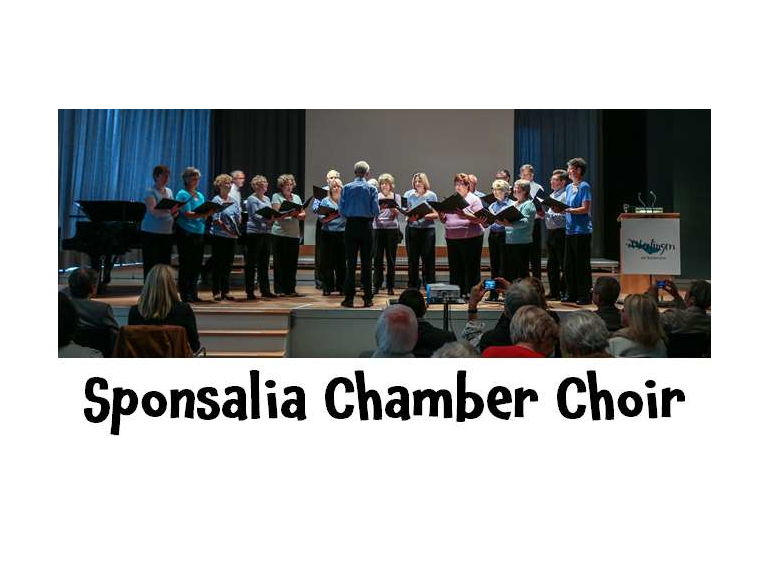 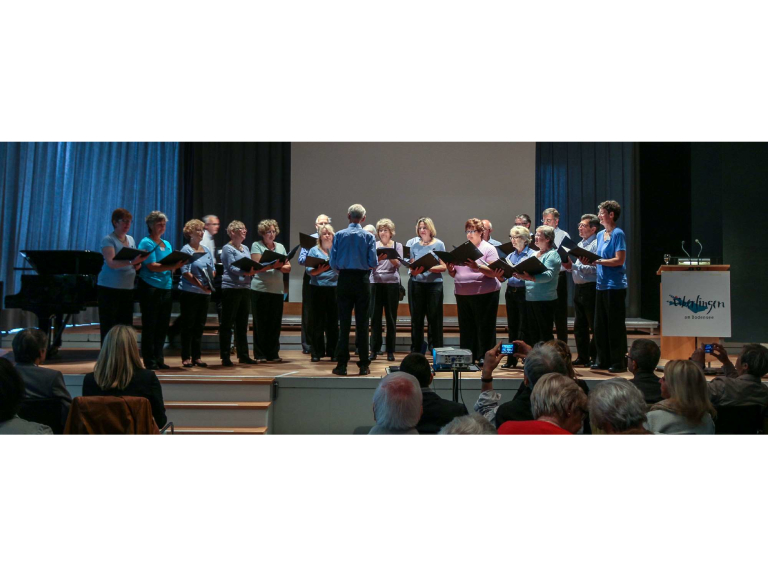 Sponsalia Chamber Choir, founded and chaired by Janee Foxon, specialise in singing for weddings.  With their conductor Beresford Bell they were delighted to accept an invitation to represent Epsom at the Third European Choral Festival, inspired through Twinning Associations and this year hosted and organised by Uberlingen in Southern Germany, a beautiful town beside Lake Constance.

Sponsalia singers spent from 29th May 2014 to 1st June 2014 performing alongside four other choirs from in and around Uberlingen, one of these being a youth choir and two from other European cities Watermaël-Boitsfort (Brussels) and Chantilly. Epsom has been twinned with Chantilly since 1995 which, in turn, is twinned with Überlingen.

The three-day choral festival included performances of choral music of the choirs’ own choice representing varied styles and periods, as well as communal songs, at extremely well attended concerts on Friday and Saturday in Franziskaner Kirche and Salem College respectively. All choirs sang together in a concert finale Mozart’s V’amo di Core , this has now become a tradition at the end of the Festival.

Sponsalia's concert performance included amongst other works Stanford’s The Blue Bird, Orlando Gibbons The Silver Swan, Ralph Vaughan Williams Linden Lea, Purcell’s Thou knowest Lord, the Secrets of our Hearts.  Of particular interest was the premier European performance of I Hid my Love composed by local Epsom composer Adrian Payne. An article in the local paper described that Sponsalia’s contribution was sometimes so quiet and beautiful that some members of the audience almost forgot to breathe.

On Saturday night the choirs joined together for a farewell dinner to close the festival.

Sponsalia are delighted to have participated in this highly successful third choral festival and very much look forward to continued choral collaborations with the choirs of the Twinned-towns.  Following a bi-annual pattern, an invitation to participate in the fourth Festival in 2016 was extended to them by a representative of Epsom Town Council.