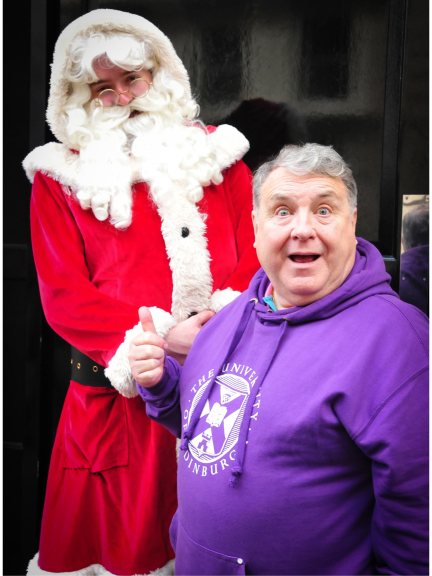 Star of BBC1’s Strictly Come Dancing Russell Grant will guide Santa along as the voice of Santa’s Sat Nav in Santa Claus and the Magical Christmas Journey, a show for younger children at the Epsom Playhouse opening on 5 December until 24 December.

Russell found international fame as Britain’s most loved astrologer, following a successful career in theatre, TV and film. Early TV credits include On the Buses, Please Sir!, and  Canterbury Tales, with stage work including West End productions of Tom Brown’s Schooldays, Me and My Girl, and more recently the title role in Andrew Lloyd Webber’s production of The Wizard of Oz at the London Palladium.

Santa Claus and the Magical Christmas Journey follows the story of Santa Claus as he delivers presents to all the boys and girls around the world; until the Sat Nav suddenly goes haywire leaving him stranded! Santa and his helpers must come up with a clever plan to save Christmas. Filled with songs, nursery rhymes and magic, this promises to be a truly unforgettable experience, including the magical moment when snowflakes fall over the audience – a guaranteed white Christmas at every performance! As an added Christmas treat, all of the good boys and girls in the audience will meet Santa after the show and receive a special gift of their own so don’t forget to bring a camera!