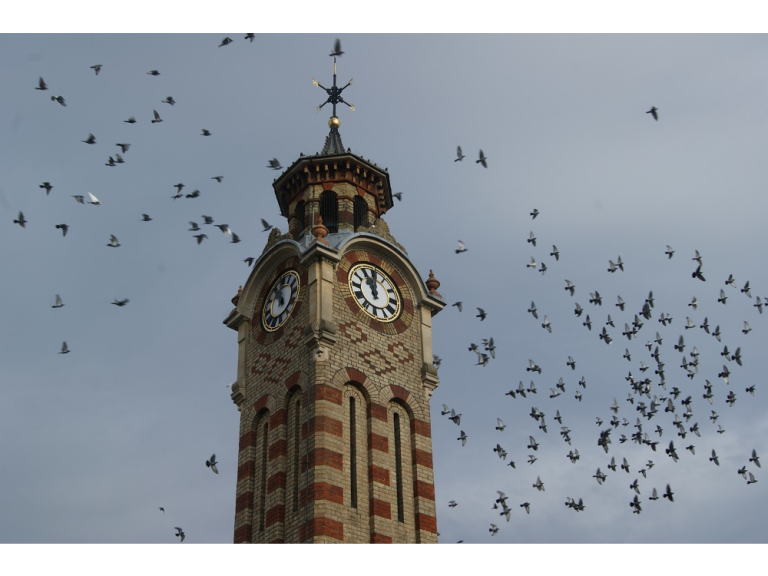 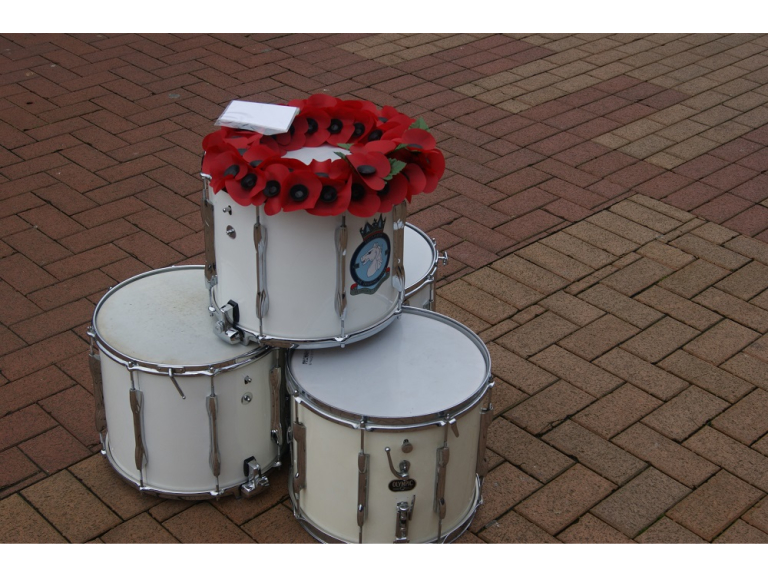 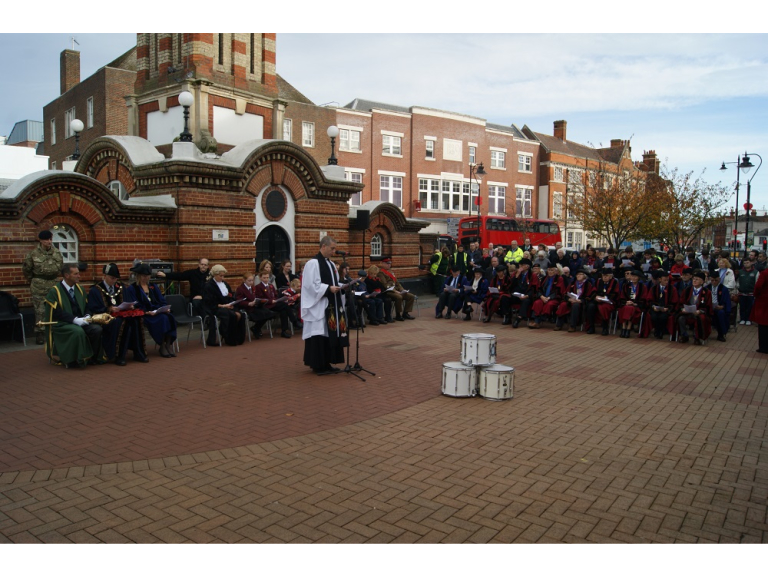 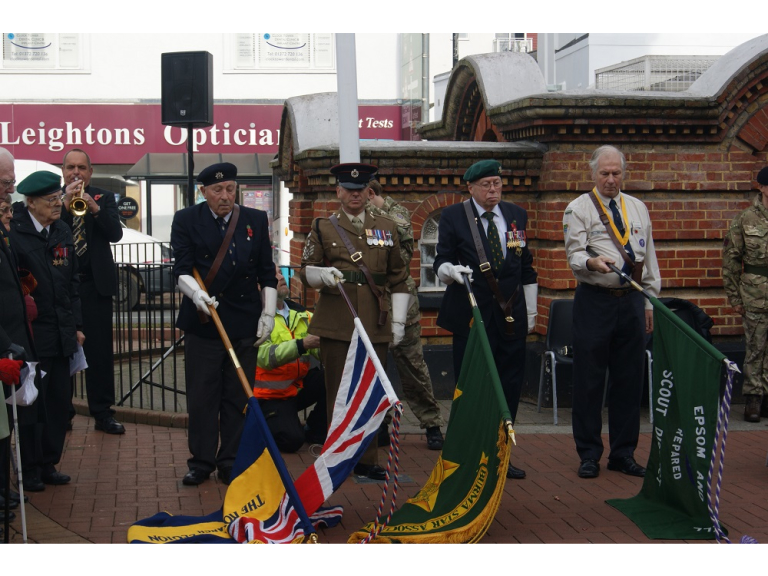 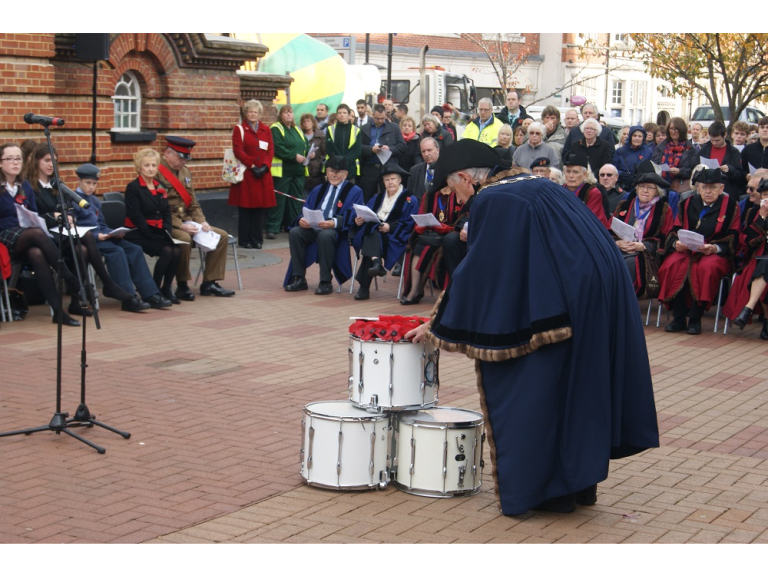 The national two minute silence at 11am on Tuesday 11 November was observed at a short Remembrance ceremony at the Clock Tower, Epsom Market Place in support of Royal British Legion.

Four school children, winners of the Borough's War Poetry competition were also invited to read out their poems during the ceremony:

The Civic Party walked from the Town Hall to the Clock Tower for the short ceremony. The two minute silence was marked by the firing of a maroon at the start and end.

The Mayor, Councillor Robert Foote attended the WW1 commemoration ceremonies in Chantilly, France (our twin town) as a guest of the Mayor of Chantilly.

While in Chantilly, the Mayor visited the:

All three soldiers were residents of Epsom.