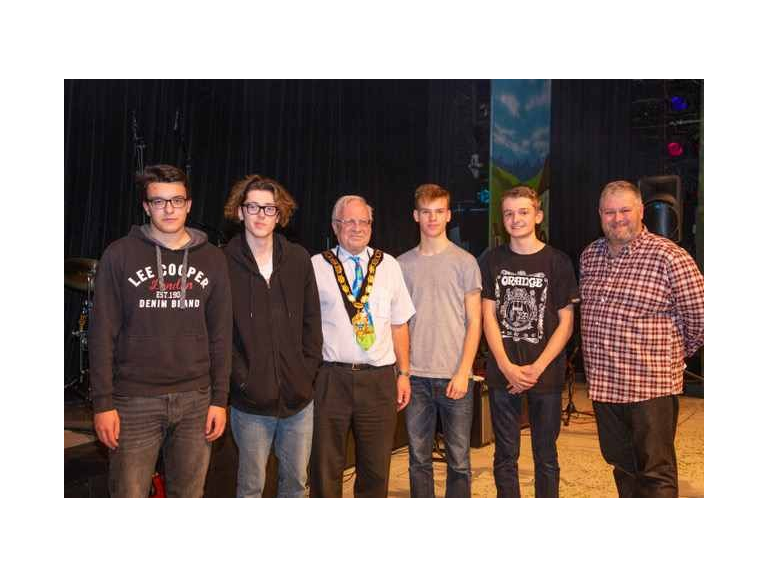 Many thanks to Paul Taylor from What’s On In Epsom for hosting the event and the Mayor of Epsom & Ewell for judging the coached bands.

Realistic Music Academy is holding an Open Day on Saturday 5 January at their studios in East Street, Epsom. For more information please contact them on: 01372 740300 or visit the website realisticmusicacademy.com

Pictured winning band Keep Calm with the Mayor of Epsom & Ewell Councillor Neil Dallen and Paul Taylor from What’s On In Epsom.