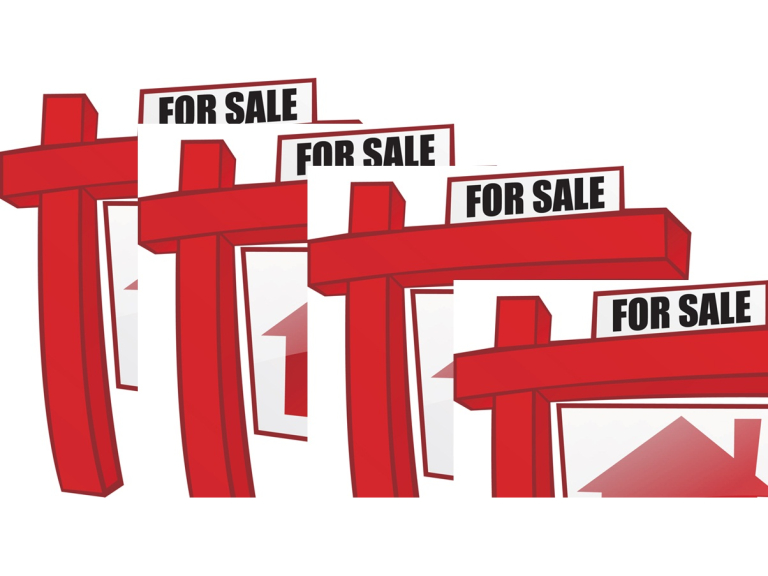 A railway bridge in Epsom has been turned into an unattractive hub for free advertising, it has been claimed.

Epsom and Ewell Liberal Democrat Councillor Julie Morris said that a number of estate agents’ boards have been tied to a chain-link fence in Church Road for months and the number has recently increased – even though they are not advertising any property for sale.

She said: “These boards have been there for months and rarely change – instead more seem to be added as this opportunity for free advertising gets noticed.

“Residents the other side of the bridge did take action to stop agents putting boards up indiscriminately, so now they have moved to the other side.
“They are not actually indicating a house to let or for sale, they are just cheap adverts for the agents, which constitute street clutter spoiling the view that residents have from their homes.
“Unfortunately the fence is probably owned by the railway authorities and even if contact can be established with the right person, they usually don’t bother to act in these situations.”

Coun Morris said she wants the estate agents to remove the boards themselves, but will contact the relevant authority to ensure this happens.

But Kate Hendry, lettings negotiator at Huggins, Edwards and Sharp in West Street, Epsom, which had a board up in Church Road, said it was advertising a property and the board was removed once it was sold.
She said: “I can’t speak for other estate agents, but we only put a board up there if we have a property available.”