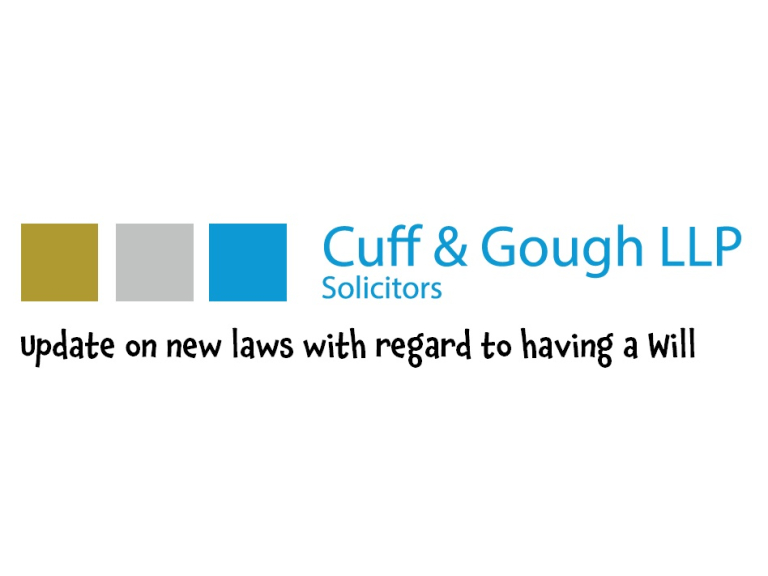 The Inheritance and Trustees Powers Act 2014 (ITPA 2014) came into play on 1st October this year and is set to change the way in which assets of people who die without Wills are shared between relatives. The primary change for spouses and civil partners only applies to those with larger estates and so is likely to only affect a small number of people. For this group as well as those with fewer assets it is of key importance to make a Will.

People who have substantial assets, may be in position where their spouse or civil partner could receive only part of their estate or the ownership of some assets, such as property, might have to be split with the deceased’s other relatives.

If the deceased also leaves children, the surviving spouse/civil partner will be able to receive one half of the residue in full, not just the income.

There are also going to be changes to the fixed sum that surviving spouses/civil partners are entitled to receive. Under the new legislation the statutory legacy will be reviewed at least every five years. It will rise in line with the Consumer Prices Index and will be rounded up to the nearest £1,000.

There are also changes allowing trustees to use up to 100% of the capital and income in a trust to support beneficiaries, whereas previously they could only use up to half of the fund for that purpose.

These changes do not mean that people no longer need to make a Will. Every family is different and assuming that a set of standardised rules will be sufficient to make sure their individual needs will be properly catered for is unwise.