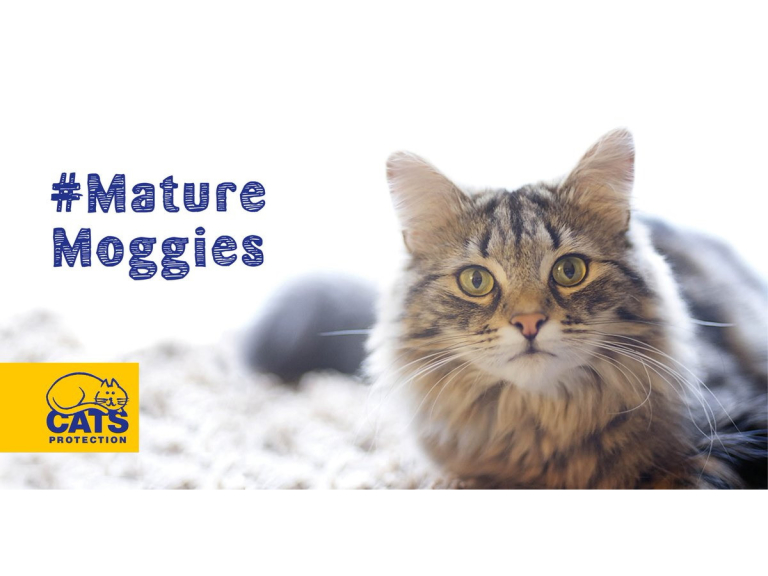 Figures from the charity’s centres show that cats aged 11 and over spend an average of 33 days waiting to be adopted – twice as long as the overall average time of 15 days and over four times longer than kittens, who wait an average of eight days.

Cats Protection conducted a survey to understand why many ‘senior kitizens’ are being overlooked in favour of fresher-faced felines.

23% of respondents say they would consider any cat aged over five years as ‘older’, whereas a five-year-old cat is only 36 in human years and a cat generally isn’t classed as ‘older’ until it reaches 11 years of age.

Some other key findings from the survey included:

Cats Protection says improvements in cat care have greatly raised the life expectancy and quality of life for household moggies, with many now living into their late teens and early 20s in remarkably good health.

All cats adopted from Cats Protection have been fully health-checked and come with a full medical history and four weeks’ free pet insurance which also covers new conditions.

Pamela Green, PR & Comms volunteer says: “It’s a shame that older cats stay with us longer as they have a lot to offer. Their characters are fully formed and they’re less likely to scale the curtains or knock your ornaments off the shelf! Older cats can often still be quite playful when they choose to be and many enjoy a few short games each day.”

During Mature Moggies Week, Cats Protection will be asking people to share stories about their own cats as well as providing educational messages and advice to those who either own or are thinking about adopting an older cat.

Some Notes for you:

Investing in our countryside at Horton Country Park #Epsom @EpsomEwellBC