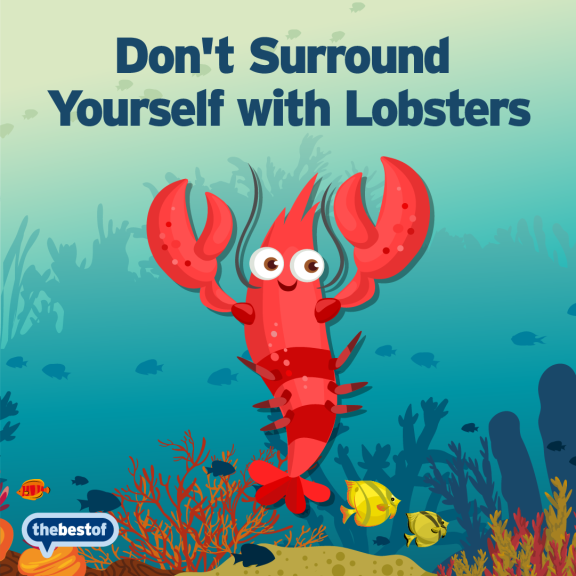 🦂 We have a rather thought-provoking tip this week which relates to those fine dining restaurants with fresh lobster on the menu.

You may already know that one of the more traditional ways of cooking a lobster was to place it live into boiling water. Ouch!

Now, because of the boiling temperature, the lobster will of course, try to escape the pan by clawing its way up the sides. This is why the chef will hold a lid on it to make sure it can’t get away. 👨‍🍳

But, here’s an interesting observation, if you cook more than one lobster in the same pan at the same time, then there’s no need to cover the pan. That’s because the other lobster(s) will pull it back down as it tries to escape.

It’s the other lobsters that are sabotaging their chances of freedom. 🤦‍♂️

🤔 So are you that lobster who’s wanting to break free? To get out of the “pan” - the boring networking group, the unsuccessful business, or even a friendship group that’s got too many negative people pulling you back from your dreams and aspirations?

We see it often. You’re trying to move forward and better yourself, but there’s always someone trying to bring you down.

Now we can’t do too much about these people. They’re everywhere.

But there is something we can do to make sure we don’t get “in the pan” with these people. Stop making excuses. Rise above negative forces. Take responsibility for your life and your business and don’t let anyone else pull you back down. 💪