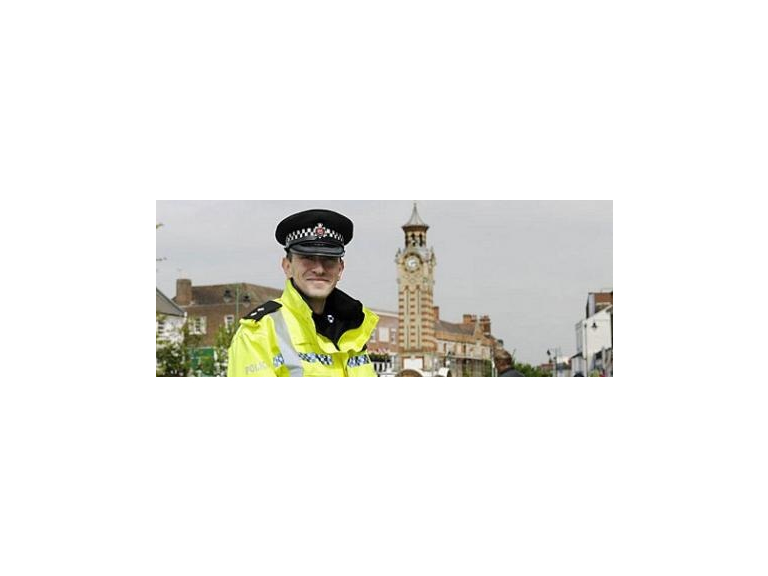 A police inspector who slogged through mud and jumped into a freezing pond at the weekend said he is actually more nervous about doing the Harlem Shake dance on Wednesday.

Despite breaking his ankle in November, Insp Knight managed to complete an extreme 10km mud run, called Back 2 the Trenches, in Redhill on Saturday.

He said: "I was surprised that I was OK. It was very cold but really good fun

Now he getting ready to dance with his police team in Epsom town centre on Wednesday.

He said: "I’m more nervous about that than running six miles cross-country. That’s going to be a real challenge."

At 11am in Epsom’s Ashley Centre police, dance students and others will do the Harlem Shake, a skit which has gone viral on the Internet with thousands of videos uploaded to YouTube.

Insp Knight committed to doing the mud run as soon as he got 300 followers on social networking site Twitter and has promised to do a half marathon when that number reaches 1,000.

He said: "I kept my promise and did the run. It’s all about getting in contact with as many members of the public as I can."

Insp Knight said he can use Twitter to update people about police work and crime but it also means he is in touch with more people on the ground.

He said: "It is also a good opportunity for people to feed to me things they see and are important to them."

Head down to outside the House of Fraser in the Ashley Centre to see the Harlem Shake on Wednesday at 11am.

Article and picture from Alice Foster at epsomguardian