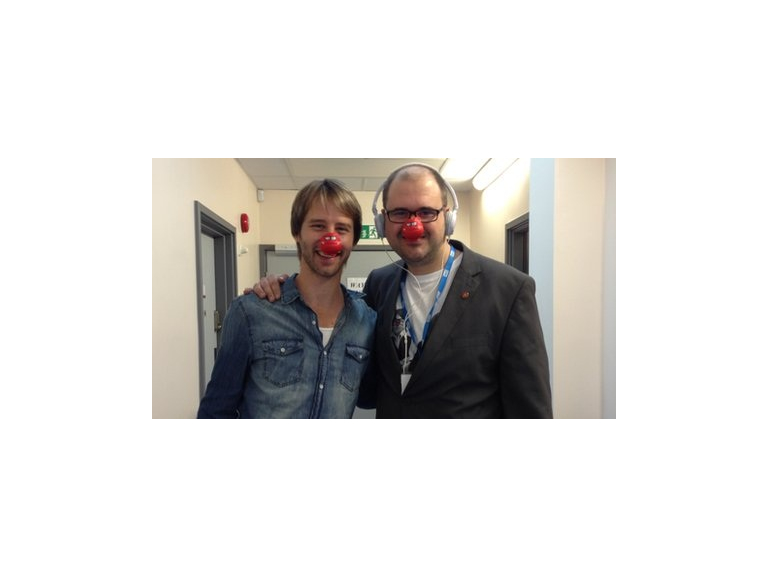 Article and picture from BBC Surrey

A hospital staff member in Surrey has raised more than £1,000 for Comic Relief by listening to pop hit I Am the One and Only on repeat for 24 hours.

James Beckley, a medical records manager at Epsom Hospital, listened to the Chesney Hawkes song on headphones and a CD player at home and at work.

"Everybody thinks I'm mad, including the man himself," said Mr Beckley, who said the 1991 song was his favourite.

Mr Hawkes visited the hospital on Friday to boost the fundraising effort.

He said: "I couldn't get through it - I think he's a mentalist.

"Thank God it's all for a good cause - if it wasn't I would be slightly worried about him, I have to say.

"I was worried about his wife. Apparently he had it on all night - his poor family."

Mr Beckley said he originally set a fundraising target of £70.

"It has rocketed. A lot of people have taken it on board and my wife, my mum and my sister have all done their bit to raise funds."