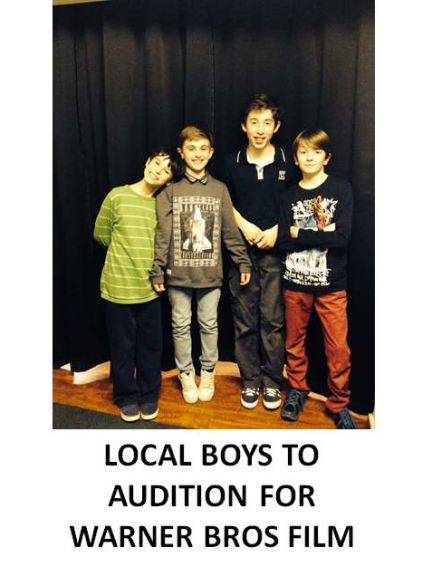 A casting assistant from Warner Bros Movie Studios came to watch the Thursday class for 11-14 year olds on 16 January at the Epsom Playhouse.

This Warner Bro’s film is being directed by Joe Wright who directed Atonement, Pride and Prejudice, Anna Karenina and Hanna. The film will shoot from April 2014.