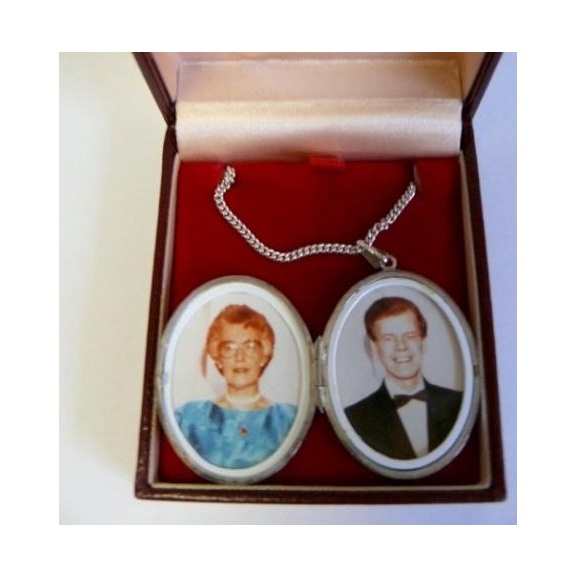 A silver locket with the photograph of a man and a woman was found among pieces of jewellery dumped in Worcester Park.

The police are appealing for information to trace the owners of the jewellery which were found discarded on a grass verge in Grandison Road, Worcester Park.

The jewellery includes the distinctive silver locket and a number of pewter Celtic crosses and chains from St Justin, Cornwall.

The jewellery was found with a blue pillow case, which is often used by burglars to carry items away from the scene of a crime.

The items were found by a resident and reported to police on Wednesday August 29.

PCSO Gary Weaving, of Worcester Park safer neighbourhoods team, believes the items may have been thrown away by burglars sorting through their haul while sitting in a car parked in the street.

He believes the items may have come from one or more burglaries in Sutton or surrounding areas like Epsom, Merton or Kingston.

He said: “This jewellery may have huge sentimental value for someone and we are keen to find the rightful owners.”

If you recognise any items or have information contact PCSO Weaving at Worcester Park SNT on 020 8649 3590, email worcesterpark.snt@met.police.uk.

Article and picture from Sophie Sleigh from  epsomguardian