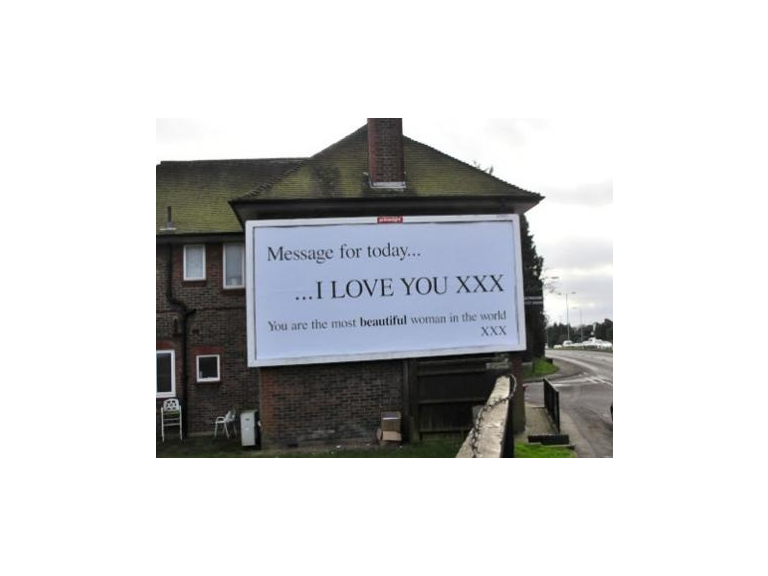 A billboard from a mystery romantic proclaiming their love for the most beautiful woman in the world has been intriguing motorists.

The giant hoarding, beside the A217 in Banstead, is thought to have gone up earlier this week but drivers are not sure who the mysterious Romeo is or who they are trying to impress.

The billboard is on the side of a house at the junction of Brighton Road and Ferndale Road in Banstead and is visible to drivers going south from Sutton towards Burgh Heath.

Do you know who put the billboard up or who it is intended for? If so, call reporter Mike Pyle on 0208 722 6359 or email mike.pyle@london.newsquest.co.uk.

Article and picture from Mike Pyle at epsomguardian