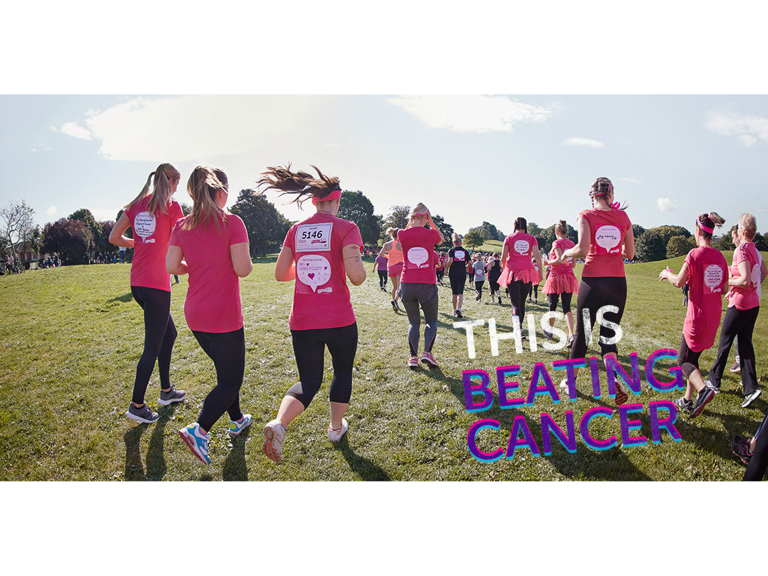 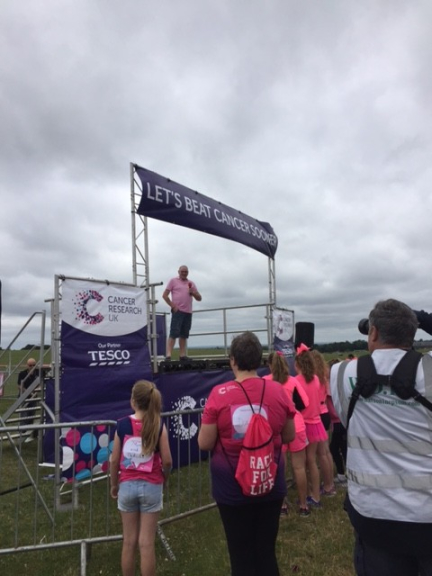 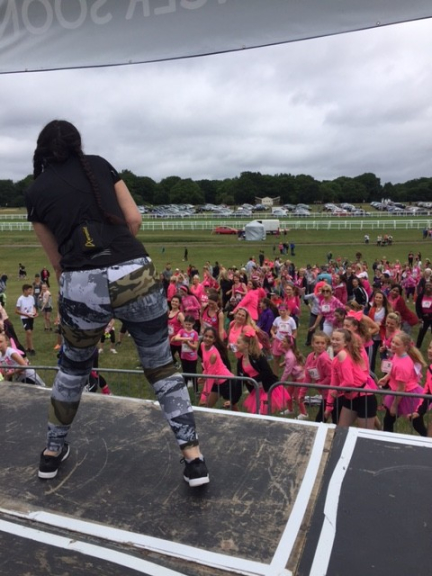 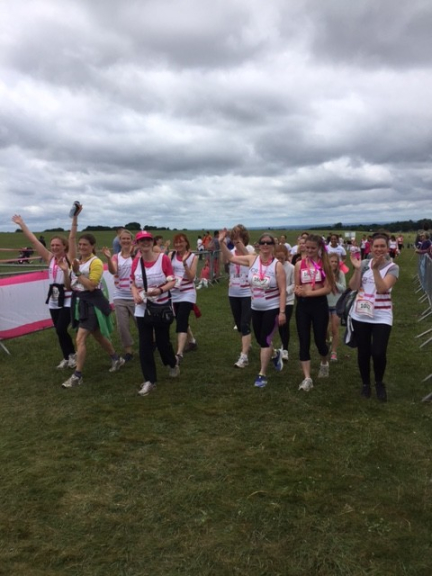 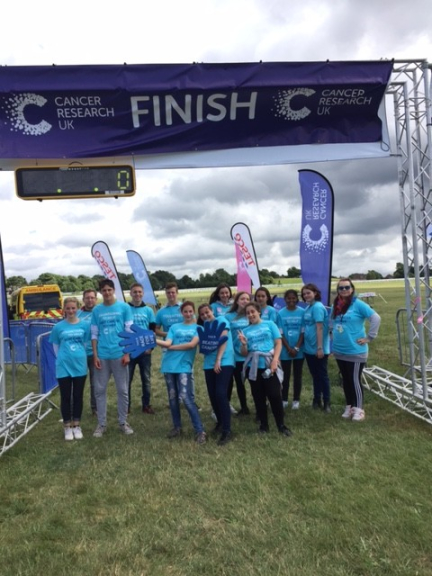 Epsom Downs became a sea of pink on 25th June as hundreds of women joined the fight against cancer by taking part in Cancer Research UK’s Race for Life.

Over 1500 mums, daughters, sisters and friends showed their incredible commitment to the cause as they came together to help bring forward the day when all cancers are cured.

Now organisers of the 5k and 10k events are sending a heart-felt message of thanks to everyone who took part and all their supporters.

And they’re asking them to make every step count by paying in their sponsorship money as soon as possible so that it can be used to fund life-saving research.

Cancer Research UK’s Race for Life, in partnership with Tesco, is an inspiring women-only series of 5k and 10k events which raises millions of pounds every year to find new ways to tackle cancer.

Sarah Parker, Cancer Research UK’s London Events Manager, said: “Life-saving research is being funded right now thanks to the women of Epsom running, jogging or walking at Race for Life.

“Our participants play a crucial role in helping to turn discoveries made in the lab into better treatments for patients in Epsom and across the UK and we’d like to thank everyone who took part in the event on Sunday.

“The atmosphere on the day was electric - full of emotion, courage, tears and laughter - as hundreds of like-minded ladies came together to unite in the fight against cancer. Now we’re asking everyone who took part, and all the friends, family and colleagues who pledged to sponsor them, to return the money they’ve raised as soon as possible.

“Many people don’t realise that their entry fee only covers the cost of the event. It’s the sponsorship money that really makes a difference. Money raised - whether it’s £10 or £100 - will help Cancer Research UK scientists find new ways to treat cancer and save more lives.”

Among those taking part on Sunday were Professor Judith Bliss, Sharon Ereira and a group of their colleagues from The Institute of Cancer Research in Sutton. The group work on Clinical Trials funded by Cancer Research UK, that could help doctors tailor treatment to each individual patient, leading to more effective, kinder treatments. Sharon was sadly diagnosed with inoperable Lung Cancer two and a half years ago and has been under-going treatment ever since suffering from life threatening complications on many occasions.. After completing the race Sharon said ‘I can’t believe I have been able to do this considering how unwell I’ve been and it’s thanks to advances in targeted treatments that I am here today and able to complete this 5K’ and Judith added “It has been such an honour to share today with Sharon and to see her benefitting from exactly the type of treatments which we are studying in our trials”.

One in two people in the UK will be diagnosed with cancer at some stage in their lives, but the good news is more people are surviving the disease now than ever before. Cancer survival has doubled since the early 1970s and Cancer Research UK’s work has been at the heart of that progress.

Cancer Research UK’s life-saving work relies on the public’s support. Thanks to the generosity of its supporters, the charity was able to spend around £129 million last year in London on some of the UK’s leading scientific and clinical research - helping more men, women and children survive.

Dr Áine McCarthy, Cancer Research UK’s Senior Science Communications Officer, said: “We want to see people with every type of cancer, including those that are hard to treat, have the best chance of surviving their disease and living a long, healthy life afterwards. The advances we've made since Race for Life started in 1994 show we are moving in the right direction.

“Thanks to new treatments and improvements in early diagnosis, more people are surviving cancer today than ever before. But too many lives are still lost. There are hundreds of types of cancer and we need continued investment in research to help us find new ways to prevent, diagnose and treat them all.

“That’s why we need everyone who took part in Race for Life in Epsom to take the vital last step by returning their sponsorship money so that our scientists, doctors and nurses can continue to make vital strides forward in research.”

Sponsorship money can be paid in online, by phone, by cheque or in person at a Cancer Research UK shop.

For information on returning sponsorship money, or to make a donation, visit www.raceforlife.org