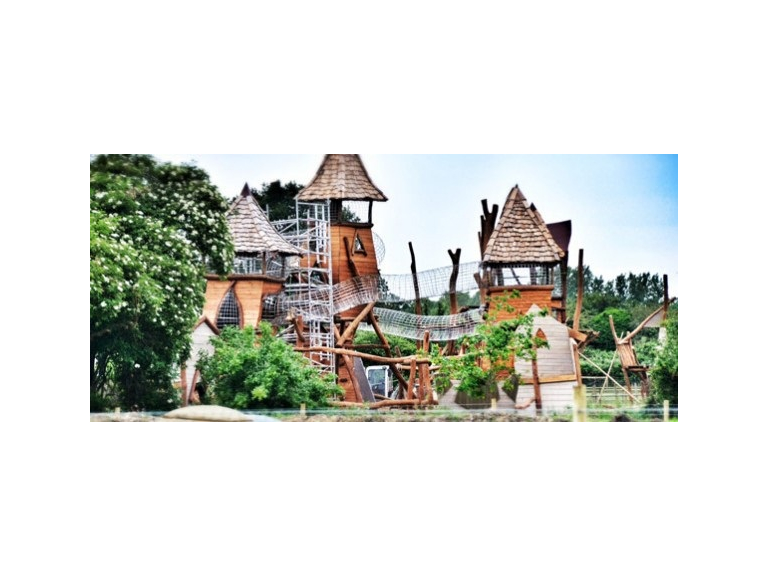 A magical new tourist attraction opened its gates on Thursday.

Hobbledown, which has replaced Horton Park Children’s Farm, is an adventure theme park based on a mystical story about the Hobblers - fictional characters which live in spectacular play structures.

It has a number of indoor and outdoor play structures including towers, tunnels, mazes, a low ropes adventure, aerial walkways, an interactive sand play zone and an aerial adventure course.

The park in Horton Lane, Epsom, was officially opened by inspirational youngsters Adam Bird, Jack Novis and Jack Devonport who had been nominated by the public to cut the ribbon.

Adam, eight, was diagnosed with high-risk Neuroblastoma in 2009, one of the most aggressive and difficult to treat of all paediatric cancers.

Jack Devonport, six, has recently finished three years of chemotherapy for acute lymphoblastic Leukaemia and is described by his mum as "a brave little boy who has never once complained".

Jack Novis, 16 months, has already had open heart surgery and a kidney removed.

His proud mum says that despite his busy and sad year, he smiled through it all and has a very cheeky, boisterous manner about him.

Other highlights at the opening of the £3 million project included a tree climbing and zip wire spectacular and a book signing by Hobbledown author Angela Kecojevic and illustrator Lyn Stone.

Article by Hardeep Matharu at thisislocallondon