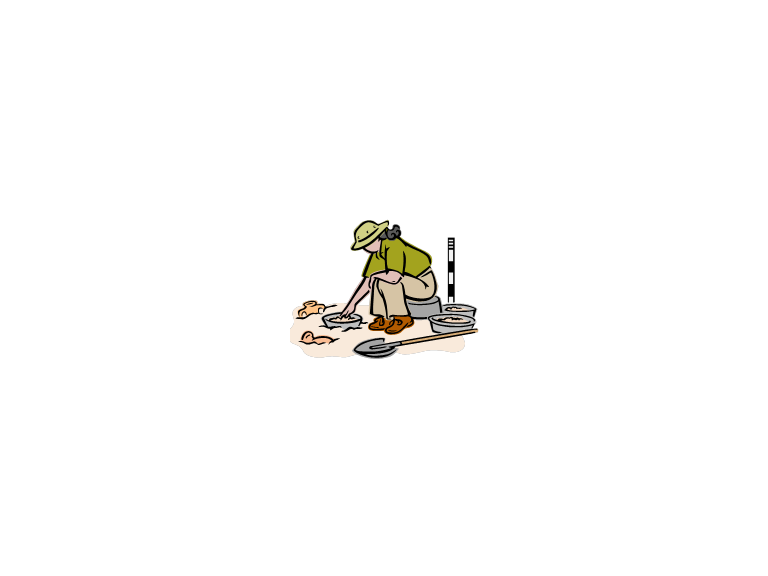 HUNDREDS of Roman coins have been found at an archeological dig in Ewell Village.

The three-week dig uncovered a number of historical remains, including Iron Age pottery, prehistoric flint flakes and over 100 coins from the 1st to 4th Century.

The site is earmarked to became an extension of St. Mary's churchyard in the village centre, and The Church Meadow project was the last opportunity to retrieve and record any Roman secrets that may be buried below.

Nikki Cowlard, the site director, said: "As far as the dig goes we had a very successful, albeit rather wet three weeks. We discovered that an episode of deep ploughing, possibly by steam engine, which dates it to post 1850, had damaged much of the Roman archaeology. "We had more than 100 Roman coins spanning 1-4th century, mainly small denominations as one might lose at a roadside market."

Nikki explained that an initial sweep of the field by metal detectors prior to the dig revealed no Roman coins and that only after digging deeper in the ground did they find the Roman treasure.

She said: "It is likely that we found so many coins because the trench is adjacent to the Roman road, Stane Street, which runs between London and Chichester. Ewell is a roadside settlement and as such it is likely that much trading would have taken place.

"Travellers would have passed through and bought food, drink and accommodation. Pottery, wool and other staples would have been bought and sold and inevitably coins would have been dropped. If this continues for centuries the odd loss soon builds up.

"The coins will be cleaned and then examined to identify and date them. This information will be used to build up a picture of the assemblage and whether it is indeed representative of trading or whether it is more likely to relate to ritual activity, as was found at Hatch Furlong, a few hundred metres away towards the Downs, excavated 2006-2009.

The coins will be lodged at Bourne Hall Museum and will be displayed with the other artefacts in the future.

The project was run by an independent steering group that included people from Surrey Archeological Society, Epsom and Ewell History and Archaeological Society, the museum at Bourne Hall and a number of volunteers.

Nikki said: "The excavation this year was a chance to assess the archaeology on the site to see whether there was prehistoric, saxon, medieval or post-medieval activity on the site as well as Roman. We did find some flint flakes which suggested prehistoric flintknapping taking place on the site and a couple of sherds of Iron Age and Neolithic pottery.

"The best thing about the dig was the people involved. Volunteers gave up their time to work in often very wet weather and muddy conditions.

She added: "We found a wide range of pottery and other finds in the plough soil but it is the finds which have not been disturbed which offer us the best information.