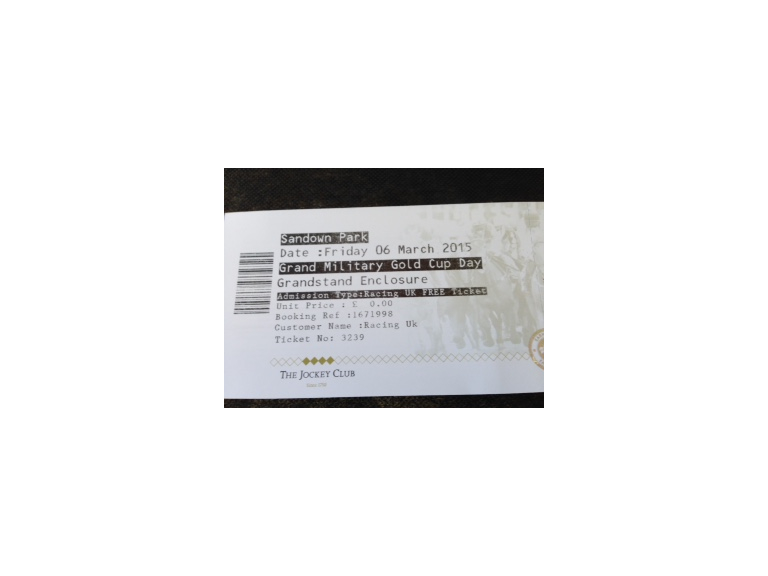 A colleague has 2 tickets  for the Grand Military Gold Cup Day at Sandown Races.

Unfortunately he is unable to attend – so is happy to release the tickets for a charitable donation.

Enjoy an afternoon steeped in racing and military heritage, with the feature race, the Grand Military Gold Cup, dating back to 1841 and guaranteed to feature some of the country’s finest amateur jockeys.

Alongside a competitive supporting card of jump racing will be a host of entertainment throughout the afternoon, including the unmistakeable music of a military band and the magnificent spectacle of a parade of hunt hounds.

These are GRANDSTAND ENCLOSURE Tickets and if you were buying them they would cost you £16.20 each.

The event is on Friday 6th March.

We will take the highest offer as at midnight on Monday 2nd March.

The tickets can be collected from us in Nork.

The donation received will be passed to the Epsom & Ewell Foodbank.