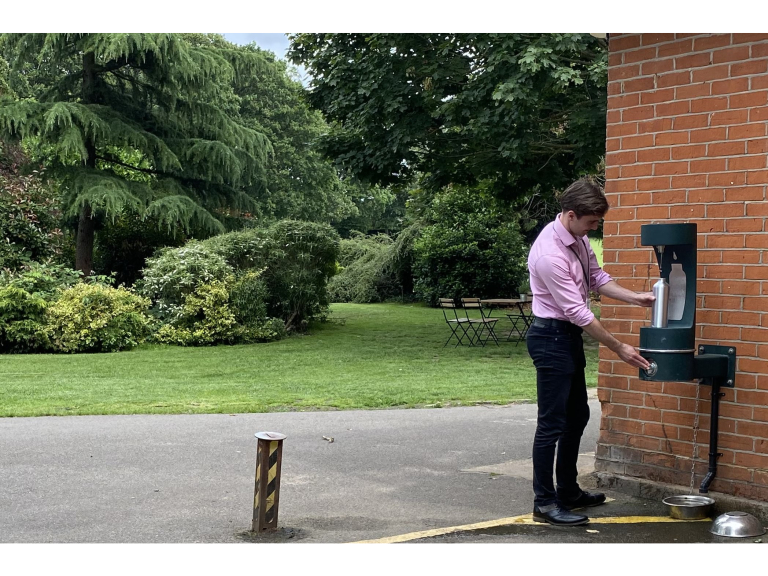 Epsom & Ewell Borough Council is inviting bids from the community for funding towards public infrastructure projects which will benefit the borough.

Over the last four years the Council has allocated £1million to a variety of community-driven infrastructure projects in Epsom, Ewell and Stoneleigh. The projects, championed by residents, have included additional street lighting, restoration of public footpaths, new play and gym equipment in parks and a new bus shelter. Sustainability projects such as water fountains in borough parks have also been enabled by this funding.

The Community Infrastructure Levy (CIL) allows the Council to raise funds from developers undertaking new building projects in the borough and is used to support new physical and social infrastructure and also to improve existing facilities. Under current legislation, 80% of total CIL collected must be allocated towards borough-wide infrastructure and up to 5% towards administration.

In addition, at least 15% of levy receipts must be spent on priorities that have to be agreed with the local community. This 15% is often referred to as the ‘neighbourhood portion’ of the levy and ensures the community are fully engaged.

In Epsom and Ewell, residents and local community groups are invited to bid for these funds from the neighbourhood portion of the levy for projects within the borough, with successful bids selected by a committee of councillors.

Full details on how to apply for funding can be found on the Epsom & Ewell Borough Council website; www.epsom-ewell.gov.uk/CIL15

The CIL Regulations provide Borough and District Councils, as 'charging authorities', with a mechanism to raise money from development in their area to fund infrastructure. The money raised is used to help fund infrastructure to meet the needs of the community (such as improvements to roads, schools, parks, playgrounds and other community facilities), and therefore support growth. CIL is a non-negotiable charge, applies to certain new development and is calculated on a £ per square metre basis, charged on the net level of development proposed.

Epsom & Ewell Borough Council adopted and began charging CIL from July 2014. CIL is now the main way in which the Council collect contributions from developers to help fund the infrastructure provision required to support new development.

Just a few hours a week could make all the difference to an elderly person – Volunteer your time to @AgeConcernEpsom
Sign up for offers
Sign up for what's on guide
Become an author
Popular Categories
By clicking 'ACCEPT', you agree to the storing of cookies on your device to enhance site navigation, analyse site usage, and assist in our marketing efforts.
For more information on how we use cookies, please see our Cookie Policy.