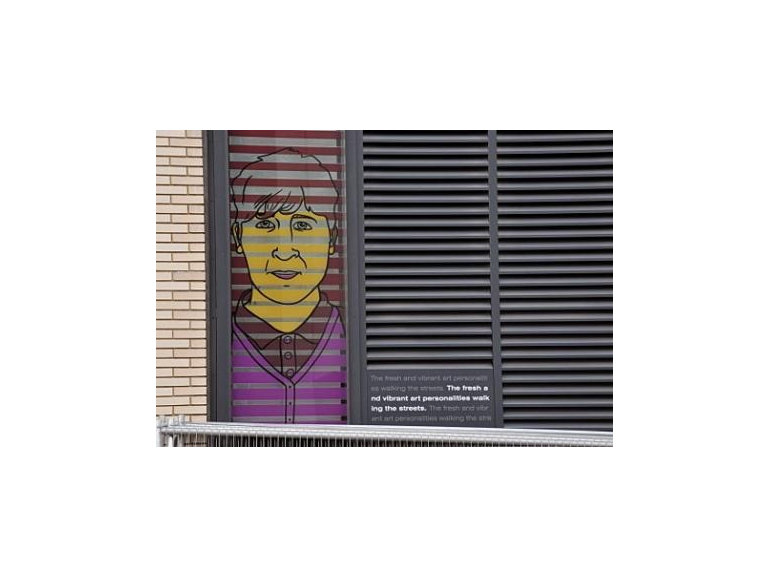 "I love the toyshops", "I love to grow many fruits and veg" and "knowing the time all of the time" are just three of the captions, allegedly capturing the spirit of Epsom, which can now be seen on the front of the historic market town’s station.

Slogans have appeared alongside the Faces of Epsom - the controversial art project displayed on the station’s facade which was designed by Nick Jameson, an ex-student of the University for the Creative Arts (UCA) in Epsom, as part of a competition agreed by the station’s developers, Solum Regenation, and Epsom Council.

In November, two of the three councillors who had been consulted on the faces condemned them as "hideous" and said it was not what they approved or wanted, and 70 per cent of those who took part in a poll on this website said they hated the design, questioning why there was no public consultation on the faces.

Quotes have now been displayed alongside each face expressing what "makes Epsom great to them".

The captions, each of which are repeated several times on permanent plaques next to the heads, are likely to be equally controversial due to issues with their content, punctuation, grammar, and whether they may actually be relevant in the future.

The slogans on display are:

"Tradition and heritage the derby and the downs"

"I love the toyshops"

"I live here, teach here, go out here, and tell everybody how great it is here"

"The fresh and vibrant art personalities walking the streets"

"Knowing the time, all of the time thanks to the clock tower"

What do you think of the captions?