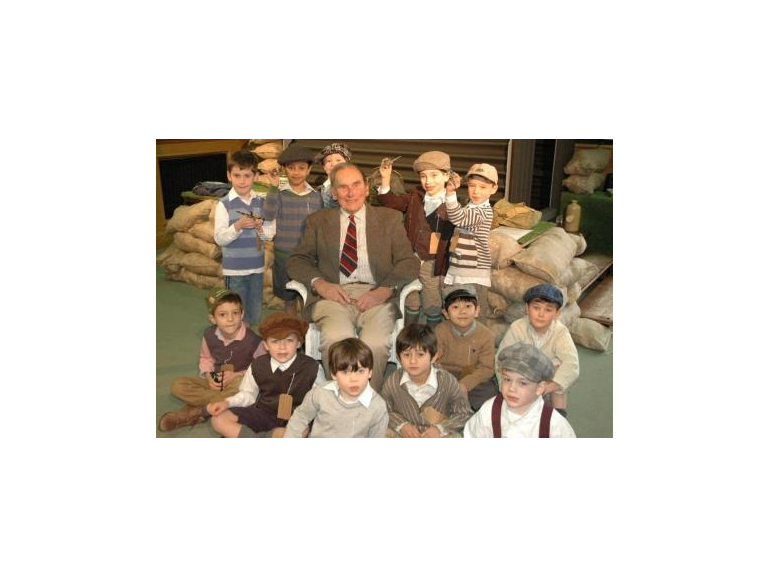 Life as a child during World War Two was brought home to pupils during an activity-packed week.

Students at Kingswood House School, in West Hill, Epsom, an independent preparatory school, travelled back in time to learn about a number of aspects of WWII, including how it affected children in Epsom.

The pupils listened to speakers such as Jack Richardson who, as a fighter pilot, flew Tempests in 1945, and built a scale model of a Battle of Britain airfield.

They were taught a number of lessons on a full-scale replica of an Anderson air-raid shelter and explored an exhibition consisting of artefacts lent by parents and Bourne Hall and including the boys’ own written work on the themes of conflict and remembrance.

Pupils from the pre-preparatory school were even evacuated by train to Ashtead.

Ian Mitchell, deputy headmaster, said: "This has been a fabulous week in which we have brought modern local history to life and helped families share many precious memories.

"The response to the event from all generations who have attended events has been amazing".

Finn Everett’s great uncle, a pilot in the war, and an ex-Kingswood House Boy was shot down on his 99th mission over Hamburg.

Finn said: "I am very proud to be his great nephew, but I am very sad I never got to see him in person.

"He sounded like a good and brave man.  The week has been very interesting and I have learned lots of facts about my great uncle and the war."

The activities concluded with a 1940s dance workshop and a VE Day canteen that raised £165 for the Forces Children’s Trust, an Epsom-based charity which helps children whose parents have been killed or sustained life threatening injuries while serving in the British Armed Forces.

Article and pictures from Hardeep Matharu at epsomguardian