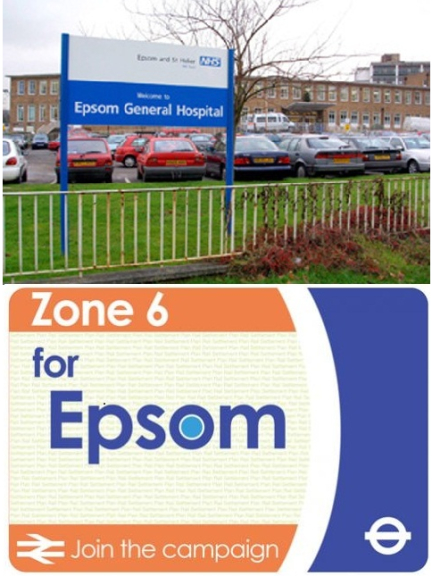 I am writing to give you an update about two important local issues.

The latest news on the future of Epsom Hospital is that any decisions about its future have been delayed until the early summer. This followed intense pressure on the Better Services Better Value team over the shortcomings of the review process.

What happens next will depend heavily on what our local GPs decide to do. From April 1st, the responsibility for most NHS services passes into the hands of the GPs themselves, and they will decide what happens at Epsom. My goal now is to get the decision making about the future of Epsom back into Surrey, and to leave the Better Services Better Value team to decide the future of London hospitals. The decision to include Epsom in the process was taken in a rush last November, and was in my view a major mistake.

Since the delay was announced, we have held a meeting of all the different Surrey councils and health organisations with an interest in Epsom with a view to starting work on a Surrey solution. The meeting was led by the County Council, and there was an encouraging degree of consensus that we need to find a better approach than the comprehensive downgrade of services that was almost certain to be recommended by the Better Services Better Value team. I can’t guarantee that the doctors will decide that there should be no changes at Epsom, but it does now look as if we have a better chance of avoiding the scale of change that looked on the cards a couple of months ago.

I know that the Better Services Better Value team are planning further events in the area over the next few weeks, and I would encourage everyone locally to go along and make their views clear. The next meeting is at Bourne Hall in Ewell on Wednesday 20th March from 6.30pm to 8.30pm. It’s a drop-in meeting so you don’t have to go for the whole time. But if a good number of people can drop in, it will make the point again about the strength of feeling locally.

I also now have an update on the campaign to get Epsom into Zone 6. We have been delayed in pursuing this by the problems in the Department for Transport about the West Coast Mainline. I did not want to push ministerial colleagues until they had sorted out their immediate problems with that process. However I have now had a discussion with the rail minister Norman Baker, who is sympathetic and helpful about what we are trying to achieve. He has agreed to write to the train companies involved giving them permission to enter formal discussions about the possibility of a change. You may remember that Southern told me that this permission was essential before any serious discussions could begin. The key issue will be the cost at a time when all budgets are very tight.  At the moment a one day travelcard from Zone 6 costs £16.40, whereas a travelcard from Epsom costs £17.90. So if we get agreement for the change, we may need to find a way of phasing it in.

I now intend to invite Southern and South West Trains to a meeting to kick start discussions about the possibility of change. I will keep you posted.

This is one of Chris’s regular email updates for constituents. If you would like to reply to Chris please email him at: mailto:chris.grayling.mp@parliament.uk.