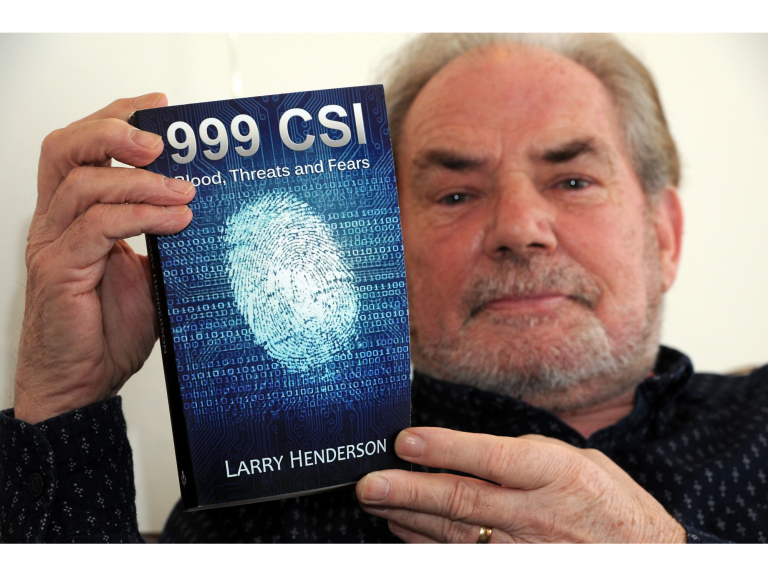 A remarkable new book by local resident LARRY HENDERSON has just been published documenting his fascinating career in criminal forensics in London and Surrey.

‘999 CSI: Blood, Threats and Fears’ was serialised in the Mail on Sunday in February this year and tells of Larry’s work on cases featuring Christine Keeler and Mandy Rice Davies, Cecil Parkinson and his mistress Sarah Keays, Enoch Powell, Lord Lucan, The Duke of Devonshire, the Security Express robbery (which has connections with the recent Hatton Garden robbery), the Marchioness disaster as well as many murder, blackmail and robbery cases in Surrey.

When Larry Henderson moved to the Borough of Epsom & Ewell in 1971 to join joined London’s Metropolitan Police as a Scenes of Crime Officer (SOCO), he thought it would make ‘an interesting career’.  He wasn’t disappointed. For more than two decades, Larry worked with just about every police department, in every field, from terrorism to armed robbery, and from blackmail to murder, eventually becoming the head of the Flying Squad’s forensic team, and the UK’s most experienced SOCO.

‘999 CSI: Blood, Threats and Fears’ provides an unforgettable insight into the highs and lows of a life dedicated to forensics, a journey that takes us into a world that we never get to see, a world filled with cruelty matched only by the courage of those who work tirelessly for justice. At turns breathtaking, fascinating, hilarious and tragic, Larry Henderson lifts the lid on a truly astonishing world.

‘999 CSI: Blood, Threats and Fears’ by Larry Henderson, is published by Thistle London and is available from Amazon. Kris Hollington, author of over 20 true crime books, collaborated with Larry on the book. 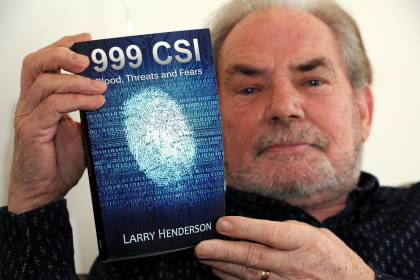