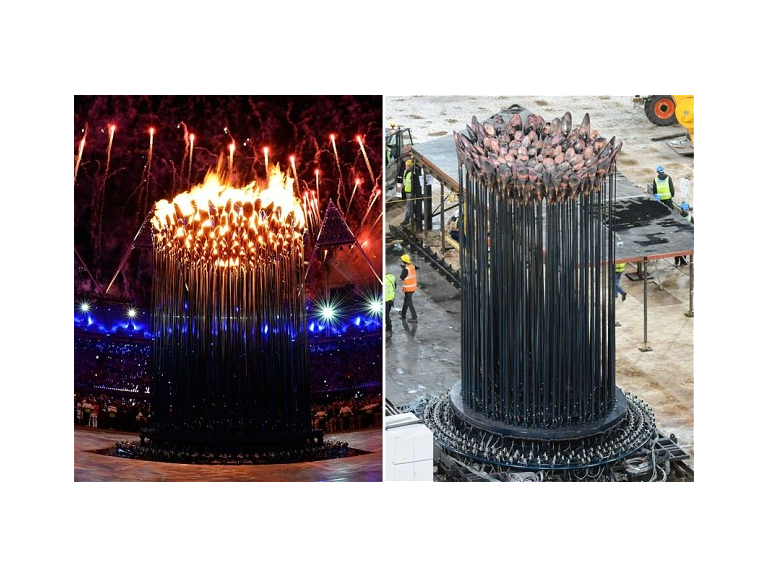 An engineering company which designed the gas supply for the Olympic Flame welcomed staff members from across the world to celebrate London 2012 on Sunday.

Atkins, based in Ashley Road, Epsom, is the official engineering design provider for the Olympic and Paralympic Games, and has worked on the project for the last six years.

It has overseen the removal of pollutants and contaminants at the Olympic site in Stratford, East London, which was an industrial area, and carried out the building of bridges at the park, landscaping, designing wetland areas and relocating wildlife.

It also worked on creating temporary structures including the beach volleyball court at Horse Guards Parade and the equestrian area in Greenwich Park, and its utilities engineer Daniel Hatton was the designer for the gas supply for the Olympic Flame.

On Sunday, the mayor of Epsom and Ewell, Councillor Christine Long, joined Atkins’ Epsom employees to welcome 18 winners of the company’s worldwide staff lottery for Olympic tickets to a party celebrating the Games.

The winners came to Epsom from North America, Europe, India, the Middle East and Asia Pacific, each with three guests, before being taken to the Olympic Park to watch Usain Bolt retain his title as the world’s fastest man.

David Tonkin, Atkins’ UK chief executive officer, said: "Our journey to deliver the games began in 2006 and since then we have had over 1,000 people supporting the project.

"We’ve combined the best of British engineering with the highest levels of technical expertise from our colleagues around the world to deliver this challenging and time-critical project.

"This is the very essence of what Atkins does and when we see hundreds of thousands of people at the games every day using the facilities we helped create, it makes us immensely proud."

On designing the Olympic Flame’s gas supply, Mr Hatton said: "With the eyes of the world upon the opening ceremony awaiting the Olympic cauldron to be lit, it was vital that everything ran smoothly.

"We worked closely with the overall cauldron designer so we knew the gas supply would be reliable and meet the technical requirements, and the outcome has been widely acknowledged as a spectacular start to the games."