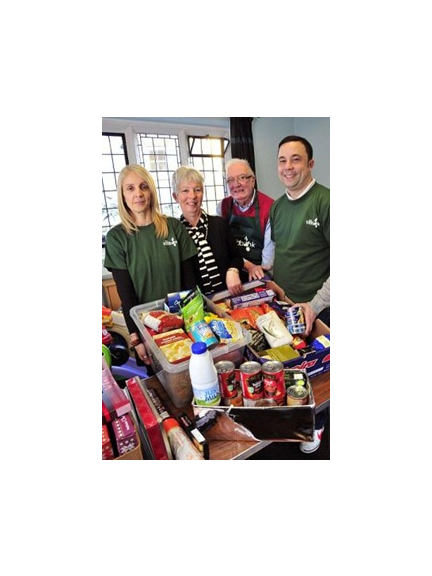 A new scheme has helped more than 200 people who can't afford to feed themselves in its first 10 weeks.

Epsom and Ewell Foodbank, which opened in October, has collected 11.5 tons of donations since August and has so far handed out three tons of it.

Jonathan Lee, one of the volunteers, said: "It’s been amazing and much bigger than we expected.

"We have volunteers from all walks of life who have been fantastic."

The project is helping people in severe financial difficulty, such as those who have lost their job, are facing unexpected bills or who need to use what little money they have to buy school uniform.

They are referred to it by a variety of agencies including social services, CAB, housing associations, schools, and community leaders.

Generation Church, off Ruxley Lane, West Ewell, worked with national charity the Trussel Trust, churches, agencies and a fleet of about 75 volunteers to set up the food bank.

Food vouchers are issued to people living in Epsom and Ewell as well as parts of Leatherhead and Banstead.

They are only issued a maximum of three vouchers during any one crisis - each providing enough food to feed their family for three days.

Mr Lee said: "It’s about restoring hope and dignity back to people’s lives."

He said in the last few weeks, a mother, who works four and a half days a week but can only just cover bills, came in.

He said: "She welled up with tears and said ‘I can’t believe it.’"

The food bank asks for donations of non-perishable supplies, such as tinned food and juice cartons, as well as toiletries and nappies.

People can also donate money or volunteer at the food bank while agencies are encouraged to sign up to identify people in crisis.

Donations can be dropped off between 9am and 5pm Thursdays and Fridays at Generation Resource Centre, off Ruxley Lane, West Ewell.

The food bank has carried out highly successful collections at supermarkets in Banstead, Leatherhead and Epsom.

It also and has links to many churches in the area who accept donations. Call 020 8786 8221 or email jonathan@generation.org.uk .