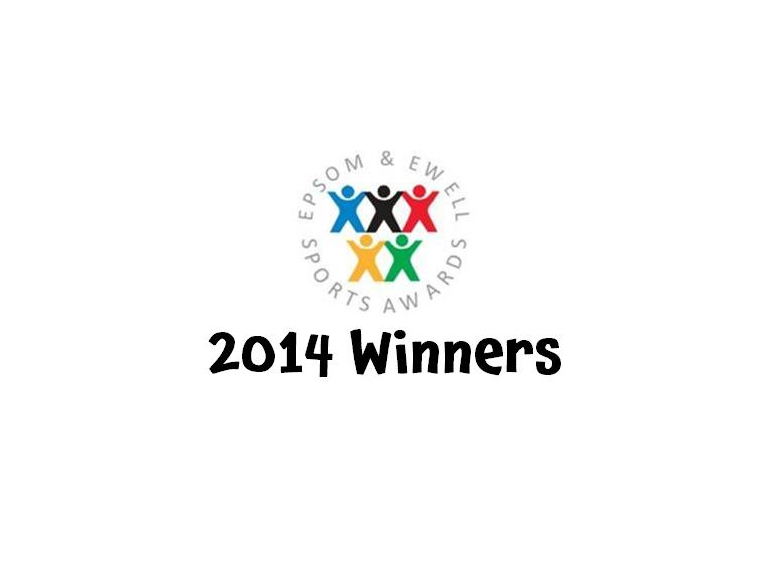 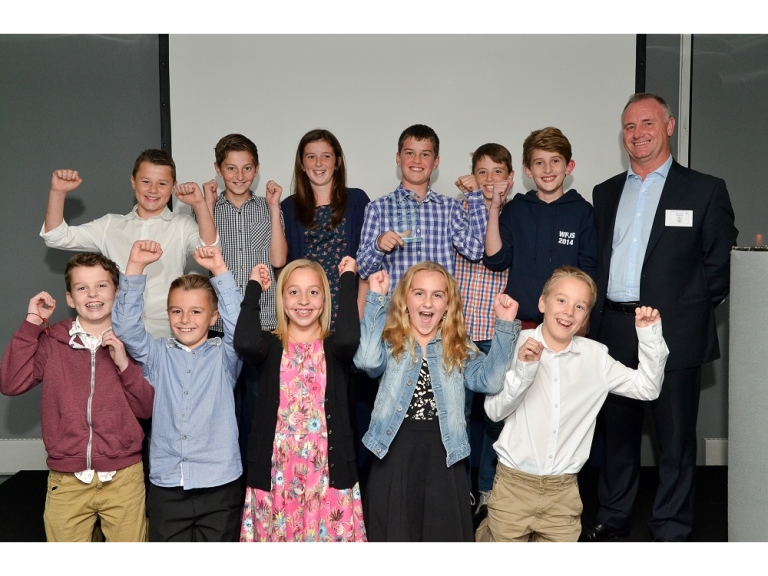 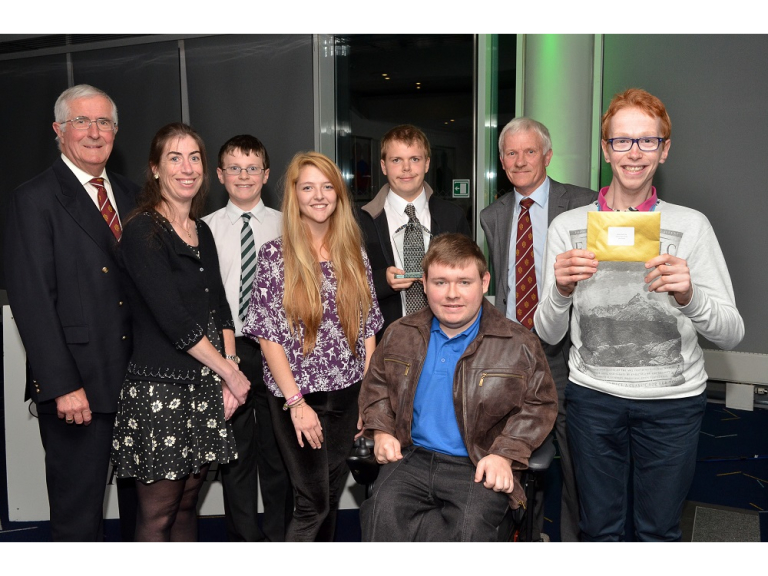 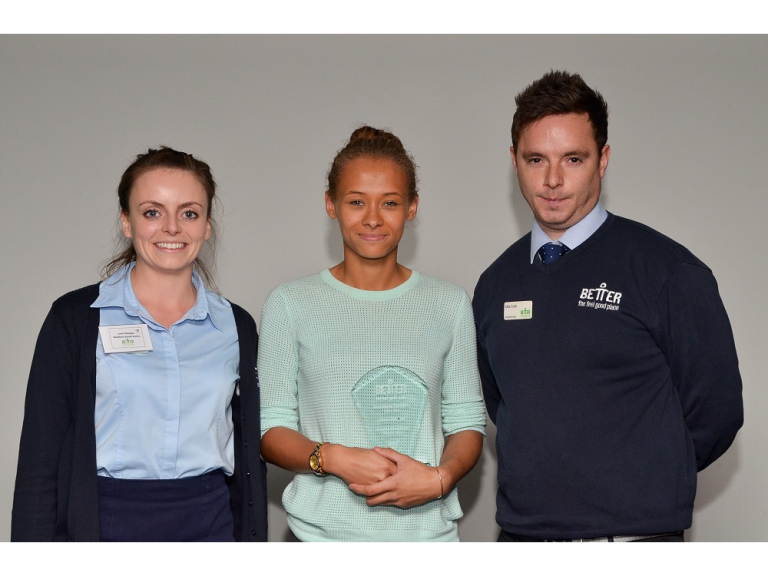 The evening which included music from Epsom Youth Jazz Ensemble and an inspirational talk from guest speaker Martin Henlan (ex-professional Basketball player and the 2013 winner of the Borough’s Coach of the Year Award), showcased the Borough's talented athletes, hard-working coaches, committed volunteers and pro-active sports clubs.

Epsom Downs Racecourse was headline sponsor of the event and each individual award was sponsored by a local organisation or business. The 10 winners on the night were:

Shona is described as a talented and gifted young athlete, working extremely hard she has been catapulted onto the world athletics stage winning many titles last year including the prestigious English Schools title. This year she was selected to attend the IAAF World Junior Athletic Championship in the USA where she won the silver medal for the 400m hurdles breaking the British Junior record previously held by Perri Shakes - Drayton, World and European indoor champion. Shona then put on her team hat the following day and helped her team mates gain silver in the 4x400 metre relay. She is currently ranked third as a Great Britain Senior even though she is still under 20.

Sam, aged 18 is already one of the top rugby union referees. For the past three seasons he’s been a community coach at Harlequins coaching young boys and girls to play and enjoy the game. Sam is instrumental in organising and running the Sutton & Epsom RFC summer camp for children aged five to 16, attracting over 100 young people each year. He’s also heavily involved in the development of the girl’s rugby section at the club, the largest in Surrey and in addition organises referees for the club and county mini rugby festivals.

William has been described as professional, passionate and dedicated. For the past year and a half he has been coaching the girl’s teams at Epsom and Ewell Colts Football Club which has seen the club’s girl’s teams grow from one to four teams in two years. William commits his time to training on Thursdays and as the team manager runs friendly games on Sundays, often driving to different venues on the same day. On Saturday mornings William is a volunteer coach at Christchurch Football Club, giving his time to boys and girls who just want to play non-competitive football. In addition, this year William also supported the Council with Team Epsom & Ewell’s girls’ football entry for the P&G Surrey Youth Games.

All six riders of the Epsom RDA dressage squad achieved top ten placings in their respective classes at this year’s Riding for the Disabled National Championships, which has grown year on year and is now bigger than the Paralympics and the Para World Championships combined. Team Epsom came home with two National Champions and also won the dance trophy for the highest scoring newcomer at the age of 13! The Dressage team were heavily supported by a number of volunteers who schooled, coached, led, washed, groomed and plaited the horses and gave them 24 hour care over the three day Championships.

After winning the Epsom & Ewell Borough school competition earlier this year, the Wallace Fields Junior School Year 6 Tag Rugby team went on to win the Surrey County finals and qualified to compete in the national finals held at Rugby – a first for a team from Epsom & Ewell. They excelled themselves by finishing fourth overall out of a starting line-up of 24 teams. The success of this team has been said to be due to the fantastic team spirit they share and the commitment they have put into their training.

Epsom District Swimming Club caters for all abilities from the age of four. The club has two parts to it - the teaching side with over 500 members in various stages of learning to swim is run with a large coaching team of which many are volunteers; the competition side with about 200 members has swimmers competing at all levels of ability. This year the Club won a record 45 medals and finished fourth in the medal table at the Surrey County Championships and had three swimmers qualify for the National Championships in Sheffield.

Andy has been a member of Epsom Hockey Club and the wider Epsom Sports Club for over 20 years and in that time has held many voluntary roles. For the last two seasons, he has successfully combined the roles of Men's & Women's Club Captain being responsible for the organisation of 13 adult teams playing each Saturday. He has played a key role in the development of the Colts section, establishing a group of over 20 volunteer coaches and parent helpers. Andy also participates in the Surrey Open Hockey League committee and each year coaches Epsom’s Junior Hockey squads in preparation for the P&G Surrey Youth Games. When the hockey season ends, Andy then helps to co-ordinate six summer league sides.

Liz is described as being selfless and inspirational. She has been involved at the Epsom and Ewell Harriers for over 50 years – 40 of them as secretary of the club. During her time, Liz has successfully coached two international athletes and a number of county athletes too and been track manager for the past 20 years which requires her to be at the track for any event delivered there including school sports days. Liz still takes part in athletics at a ‘Masters’ level, continuing to achieve Gold medal success.

Epsom and Ewell Puffins has been in existence since 1985, first operating out of Lynton’s Lane School before moving to the Rainbow Leisure Centre in more recent years. The club provides a wide and varied range of sports activities for adults over 17 with physical, learning and sensory difficulties including badminton, boccia, new-age curling and swimming. The Puffins is run exclusively by volunteers and skilled coaches, many of whom have been involved for over 20 years and give their time not just to the structured sessions but also to many additional activities such as swimming galas, bowls matches and disability games.

Councillor Jan Mason, Chairman of the Leisure Committee said, "Congratulations to all our winners! The Epsom & Ewell Sports Awards is a fantastic opportunity to recognise and reward talented local athletes, dedicated volunteers, passionate coaches, spirited teams and pro-active clubs for their outstanding achievements.

“Both the winners and nominees for the Epsom & Ewell Sports Awards 2014 have all achieved success to be shortlisted in their award category, well done to all involved."

All local winners will automatically go through to the assessment panel for the county awards; Surrey Sports Awards 2014, providing they meet the county nomination criteria. The short-list for the county awards ceremony is announced in November, showcasing the very best of sporting talent and dedication in Surrey. They will receive an exclusive invite to the prestigious Surrey Sports Awards county ceremony organised by Active Surrey on Tuesday 2 December 2014 at Kempton Racecourse, where county winners will be announced and celebrated in style! For more information visit

Visit www.facebook.com/EpsomEwellBC for images of the awards ceremony.

With thanks to Nik Bartrum, of Great Event Photography for the attached images: