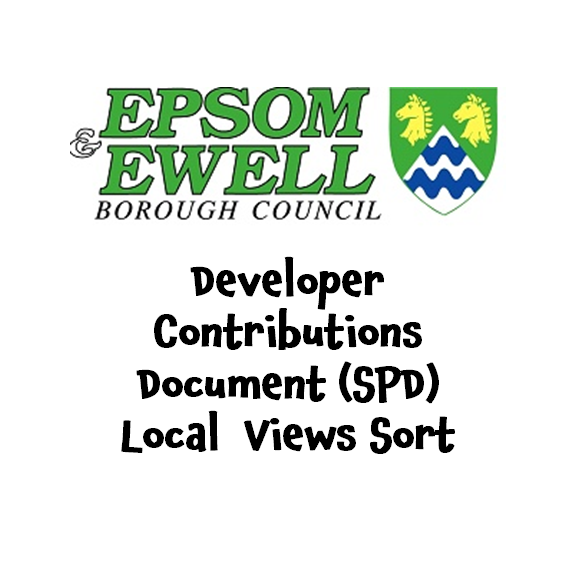 Epsom & Ewell Borough Council is consulting on changes to its Developer Contributions Supplementary Planning Document (SPD). This document sets out how new development will contribute to the provision of affordable housing and infrastructure in the Borough. These changes are being made as a result of the Council’s adoption of the Community Infrastructure Levy (CIL).

The Community Infrastructure Levy (CIL) is a charge that local planning authorities can choose to raise on certain new developments in their area to raise funds to help pay for local community infrastructure projects. From 1 July 2014, CIL will largely replace the existing section 106 (s106) developer contributions. Unlike s106, the Community Infrastructure Levy is a standardised, non-negotiable charge. However, s106 agreements will still be used for site-specific infrastructure and to provide affordable housing, the arrangements for which are covered by this revised Developer Contributions SPD.

We are now seeking the views of local developers and the wider community on the proposed changes, and these will be taken into account in the production of the final document.

Copies of the consultation paper are also available at the Town Hall and at libraries across the Borough. You can also email your comments to LDF@epsom-ewell.gov.uk  or send them by post to