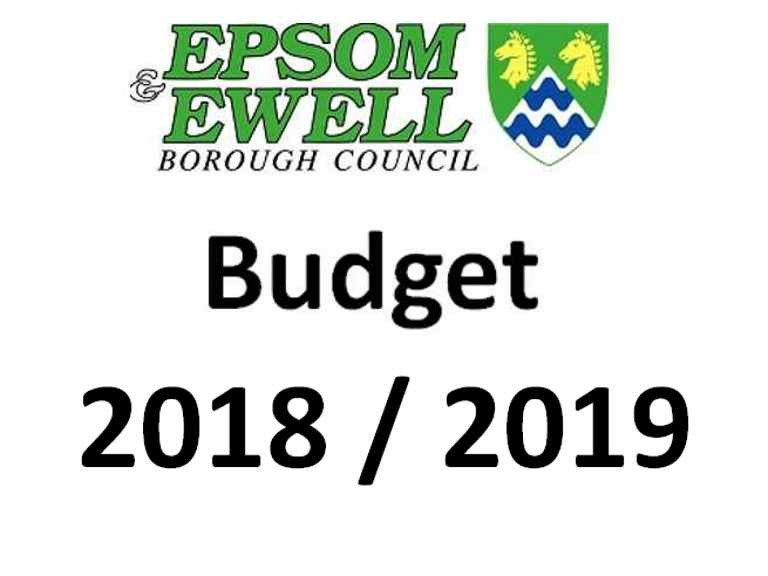 Despite no overall government grant, the combination of efficient management, targeted savings, investment in new technology and revenue generation ensures that the council remains in a strong financial position.

Councillors voted by 29 votes (for) to 6 votes (against) to accept the budget.

In recent years, the council’s revenue support grant funding from the Government has reduced from £1million in 2015/16 to zero in 2018/19. Epsom & Ewell Borough Council is one of few local authorities across the country to no longer receive this grant.

Despite the reduction in funding from central Government, in setting the budget councillors have ensured that the council tax for this borough remains the third lowest in Surrey.

This has been achieved in part by increased income generated from the council’s commercial activities, including from its new property trading company. The council has also taken measures to reduce homelessness in the borough, thereby significantly reducing our associated costs, and has invested in new technology to enhance our services to residents.

In setting the budget, councillors have agreed that the borough council’s element of council tax will rise by 2.98%, which equates to an additional £5.58 a year or around 11p a week at band D and just £3.72 and 7p a week for those in the lowest rated band A properties.

Councillor Eber Kington, Chair of the Strategy & Resources Committee, in presenting the budget, emphasised the council’s innovation and efficiencies over the last year:

Councillor Kington also highlighted the new services and improvements to current activity that this budget would allow in the year ahead:

The councillor took time to stress that, in this time of financial constraint, working closer with third parties was invaluable and noted in particular the work the Borough Council has undertaken in:

“Epsom and Ewell Borough Council has worked with a steady reduction in Government grants and is now one of a very few councils nationally that receives no Revenue Support Grant at all.  That is unfair and unreasonable.

“However, we have made huge efficiency savings, changed the way we deliver some services and sought new incomes streams so that, unlike many councils, we have not cut any services.  I am proud of our financial record, and I am also proud of the council staff who, under challenging circumstances, continue to provide high quality services to our residents.”

The budget report can be found here