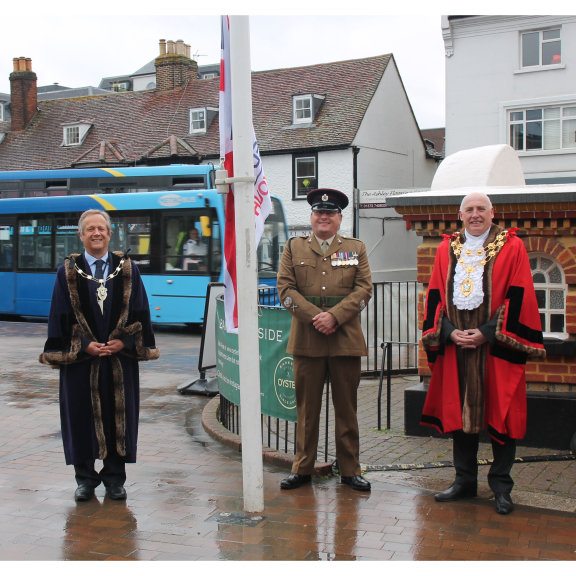 In doing so, the borough joins 10 Downing Street, Government departments, local authorities across the UK and others in showing our support for the service personnel of our armed forces.

The Armed Force Day flag was raised in Epsom Market Place by WO2 Jerome Batterbee from 135 Geographic Squadron which is based in Ewell, along with the Mayor, Cllr Peter O'Donovan and Deputy Mayor, Cllr Clive Woodbridge of Epsom & Ewell.

Mayor of Epsom & Ewell, Councillor Peter O'Donovan said ,“The raising of the Armed Forces Flag provides us all with the opportunity to acknowledge and thank the men and women who make up the armed forces community, from currently serving troops to service families, veterans and cadets...our armed forces community represent the very best of this Nation and on behalf of the borough, I offer them our sincere thanks". 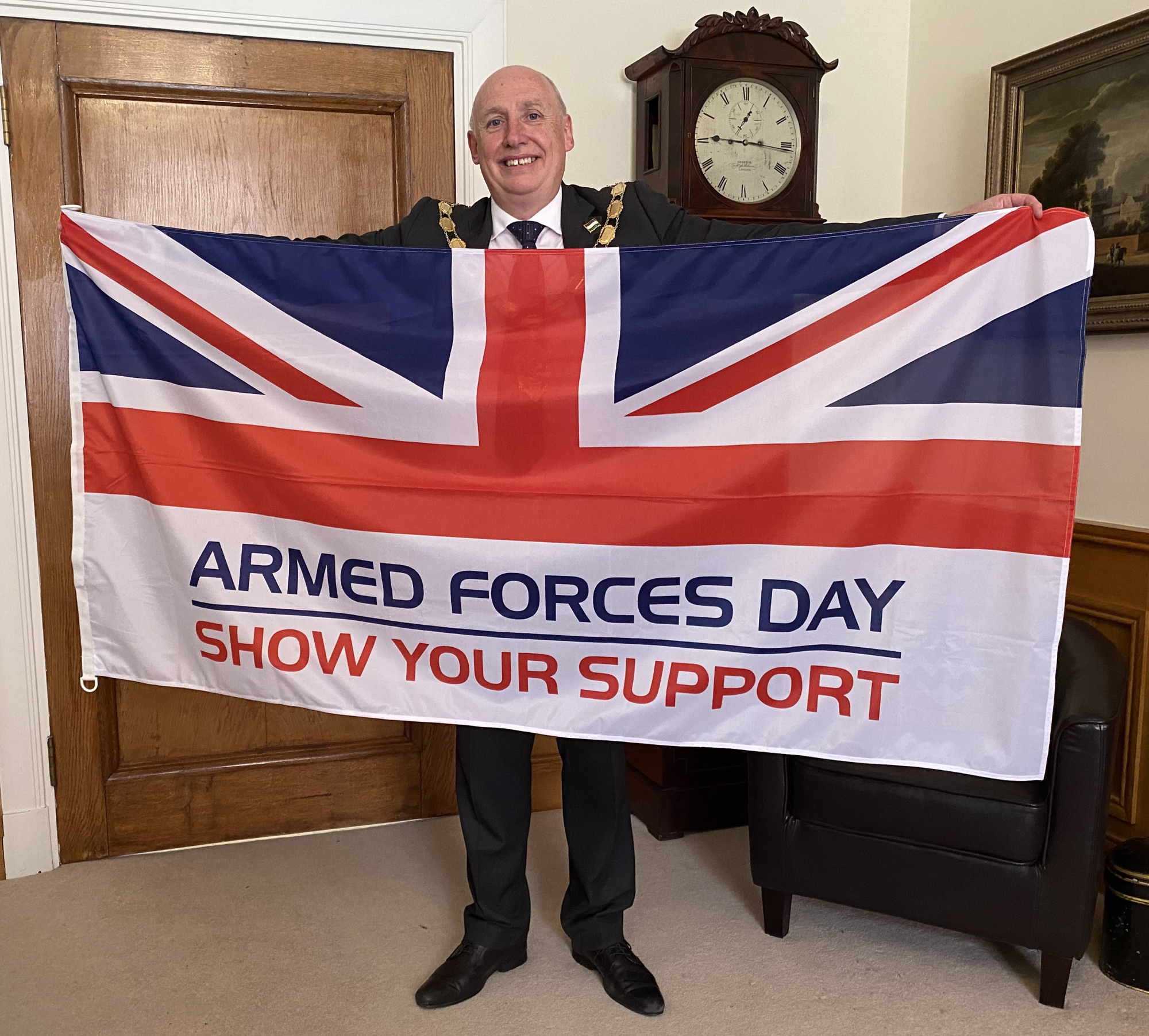