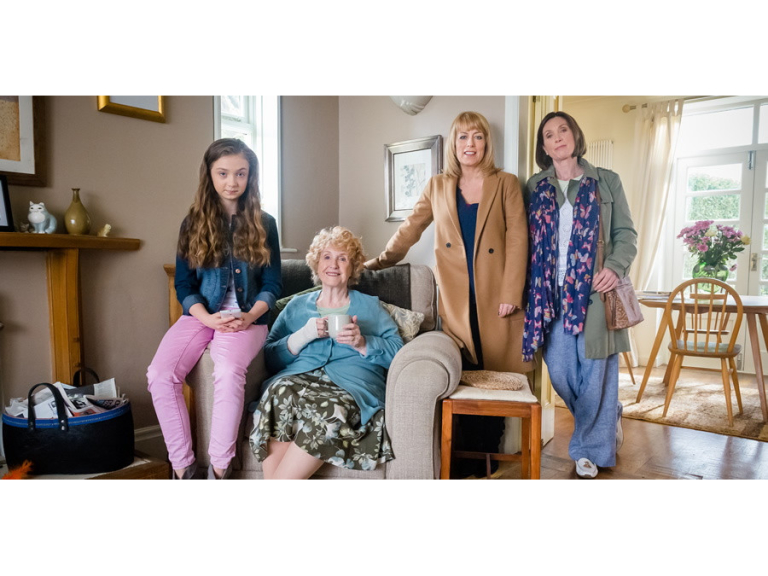 NOTE: SPOILER ALERT if you have not seen the Episode on Monday 10th Feb 2020

I love this series. Over the years we have seen the ups and downs of 3 couples. Starting in their late twenties – through dating, marriages, affairs, babies and deaths.

Now we have a different bunch of people – older (but not always wiser).

As they grow older so do their families – and with that comes different issues.

In the previous episode Jenny’s Mum – the lovely Barbara has suddenly died. A great distress to everyone who knew her, but last night her will was found giving another shock to Jenny.

For those not in the know – here is how it was:

Jenny has an elder sister – Sheila – a bit of a holier than thou character (my opinion only). 8 years ago when Mum Barbara wrote her will, she lived with the single Sheila – no sign of a partner or marriage in site.

Well that all changed, a whirlwind romance and Sheila hops off to Canada to be with her new love. So Barbara goes to live with Jenny and her husband Pete and their 2 kids.

In my opinion – much more fun – adored by her grandchildren and totally involved in the family.

Then she sadly and suddenly dies. Sheila returns for the funeral (taking full command of everything in her high minded way (my opinion only). Whilst sorting through their Mum’s things they find her will – remember written 8 years ago.

And she has left everything to Sheila !! Nothing for Jenny and her family !!

From the show you certainly get the opinion that Barbara was much happier with Jenny and her family than she was with Sheila –so why exclude Jenny and especially her grandchildren?

I can only come to one conclusion:

8 years ago Jenny and her family were settled - it was Sheila, who Barbara thought would probably never marry, and who Barbara expected to be with for the rest of her life. So the will would be like a thank you for taking care of me. Now – if that had happened you can understand the will – but things changed drastically.

Do you think Barbara loved Jenny any less, or Sheila any more? I don’t, I think she simply forgot to change her will.

That’s the lesson here. As your life changes so should your will.

No – not silly little things – we all have times when we are in or out of favour with members of our family – and we don’t want to be popping down to the solicitors every few weeks – but important and significant changes.

As Jenny and her husband Pete talk over the situation – Pete asks ‘do we even have a will’?

Does this ring a bell?

If you’re looking for local solicitors we recommend:

Cuff & Gough in Banstead or