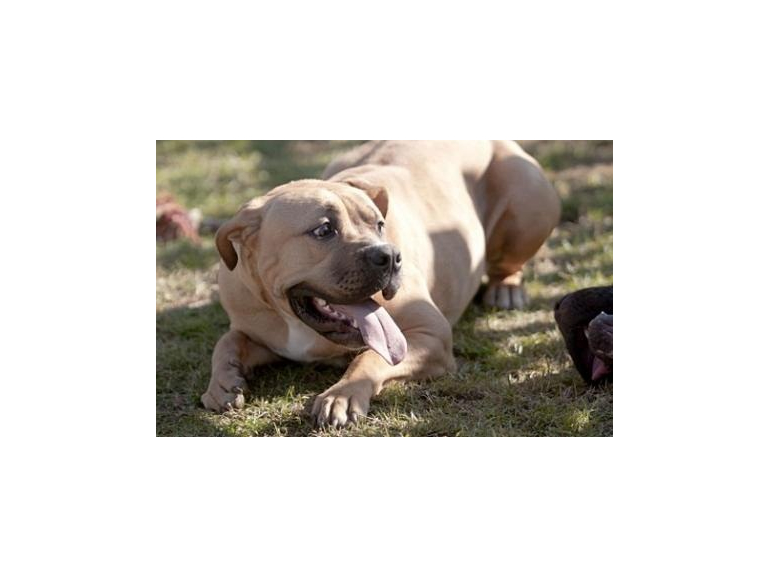 A woman has spoken out to warn fellow dog owners after her beloved pet was struck down by a ‘silent killer’.

Lyn Turley, from Kingscroft Road, Woodmansterne, was left distraught when vets found her dog Lottie was suffering from lungworm, a potentially lethal parasite.

Mastiff cross Lottie is among a growing number of dogs now catching lungworm through eating snails and slugs in the Banstead and Epsom area, especially on the Downs.

In the past it used to be confined to just a few areas of the country during wet weather but is now widespread.

Ms Turley said: "It was awful. Just terrible. You never expect something like that especially as I had never heard of it.

"She was in perfect good health and had no symptoms at all.

"They call it the silent killer

Banstead Village Veterinary Surgery, in Banstead High Street, only found out that Lottie had lungworm when she had a neutering operation but they acted quickly to save her life in February.

During the operation vets noticed a lot of blood oozing from her tissues, one of the symptoms of lungworm which causes poor blood clotting.

Ms Turley said: "The next day Lottie was looking poorly and sad. Basically she was dying because that is what lungworm does."

The vets gave Lottie intravenous fluids and a plasma expander but it was not working fast enough so they rushed in Lottie’s brother Boycie to give her a blood transfusion.

Unfortunately Boycie was unable to give blood and nurse Julie Shepherd went out to fetch her own dog Tai to act as a donor.

Ms Turley said: "I think the vets were a million per cent fantastic. It was beyond my wildest hopes really."

On Friday vet Andy Downing said they had a sick puppy in who may lungworm and there had been a ‘flurry’ of cases, particularly from Epsom Downs.

Mr Downing said: "We are seeing more and more of it. Lungworm is a growing problem."

He said the increase could be due to weather and the number of snails and slugs, adding they tend to see one dog with lungworm a month now, double the number seen in past years.

They call it the silent killer."