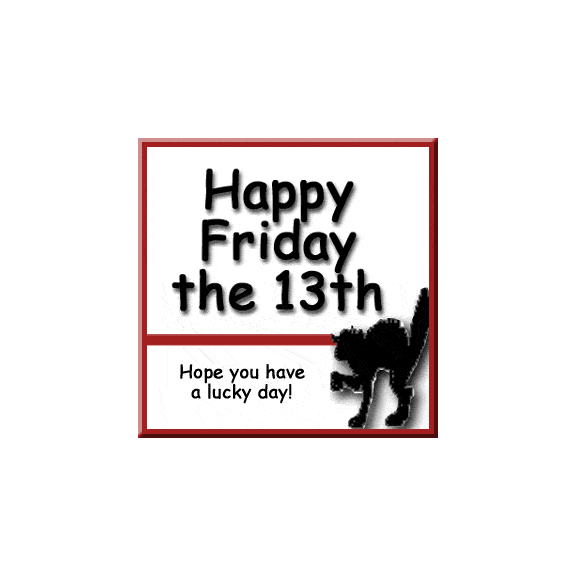 Are you someone who fears the day – if you are you are not alone.

From on-line research it would seem this ‘phobia’ was not mentioned until the 19th century. It says the first mention in the UK was related to the biography (1869) of the Italian composer Gioachino Rossini who died on a Friday 13th. Supposedly at the time many Italians considered Friday to be an unlucky day and 13 to be an unlucky number.

So it seems that these 2 ‘unlucky’ omens were put together to form Friggatriskaidekaphobia.

So why is Friday considered an ‘unlucky’ day – one chain of thought says that it was a Friday when Eve gave Adam the apple – which is strange as I would have thought that this was before the ‘concept’ of days of the week was around.

As for the number 13 – I had always been told this was due to the number at the ‘Last Supper’ and the attendance of Judas.

According to a report from  The Mirror, 72 percent of UK residents claimed to having had experiences with bad luck on Friday the 13th. The participants polled admitted to avoiding traveling, attending business meetings and making large purchases on this unlucky day, with 34 percent admitting to wanting to “hide under their duvet" for the day.

In the United States alone, it is estimated that between 17 and 21 million people dread that date to the extent that it can be officially classified as a phobia.

As for me – I just think it’s a Friday so nearly the weekend!