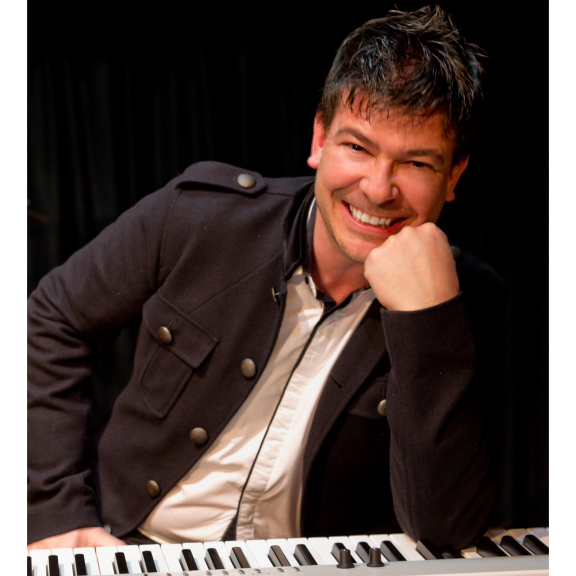 Following a sell out show of his own at Epsom Playhouse last year, plus a second visit as special guest to Peter Howarth, the lead singer of The Hollies in March of this year, Banstead singer/songwriter, Michael Armstrong returns to the venue for another acoustic solo show. On Saturday 15th November in the Myers Studio.

He will perform a selection of his own compositions and those of artists who inspire him such as Billy Joel, Paul McCartney, James Taylor, Bob Dylan and The Eagles.

Since the release of his debut EP in 2012, Michael has been very successfully forging his way in the music business.

Michael has been gaining a large amount of media and industry support, whilst building a solid fan following, and some very famous admirers of his music along the way too. This has enabled Michael to record his first album comprising mainly his own compositions, which is set for release in April 2015, with the first single 'The Radio Years' going to radio January.

The collection of 12 self penned songs and two very special cover versions are steeped in the echoes of Michael’s many musical influences, including the likes of Billy Joel, Paul McCartney, Bob Dylan, Jeff Lynne, The Eagles and Supertramp. His story-based songs are uniquely lyrical, melodic and memorable. The release is highly anticipated by both fans and media alike.

Michael’s UK tour dates as special guest to The Hollies' Peter Howarth, continues to be hugely successful and further shows are planned in 2015 for the third consecutive year, along with his own solo shows across the UK and Europe. Details can be found on his website www.michaelarmstrongmusic.co.uk  , which also links to his Facebook and Twitter sites.