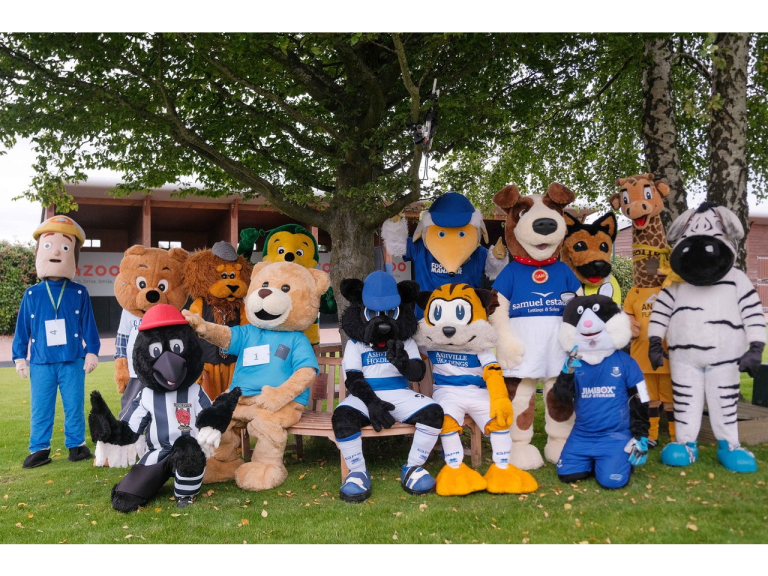 Ashley Bear, has raised over £500 for the Children’s Trust Tadworth in a dramatic race that almost knocked the stuffing out the beloved mascot.

The furry face of The Ashley Centre Epsom was thrilled to take part in the race that took place over the bank holiday weekend at the Epsom Downs Racecourse and, despite a controversial win by Magpie, it was a great day for a fantastic cause.

Punters were in stitches as the chaotic race got off to a shambolic start with some runners failing to even set off. A late faller and photo finish added to the excitement.

David Beddows, centre manager for The Ashley Centre said: “We’re thrilled to have raised so much for the charity and to have taken part in a really great day for our community.

“The race was put together as a fitting tribute to the memory of Geoff and Jenny Smith and Denys Hutson, who staged mascot races across the country and supported a wealth of good causes in the process, chiefly The Children’s Trust Tadworth.”

The Children’s Trust Tadworth is a part of the UK’s leading charity for children with brain injury. They deliver rehabilitation, education and community services through skilled teams who work with children and young people, and their families.

For more information please contact The Ashley Centre at info@theashleycentre.co.uk or call 01372 742548.