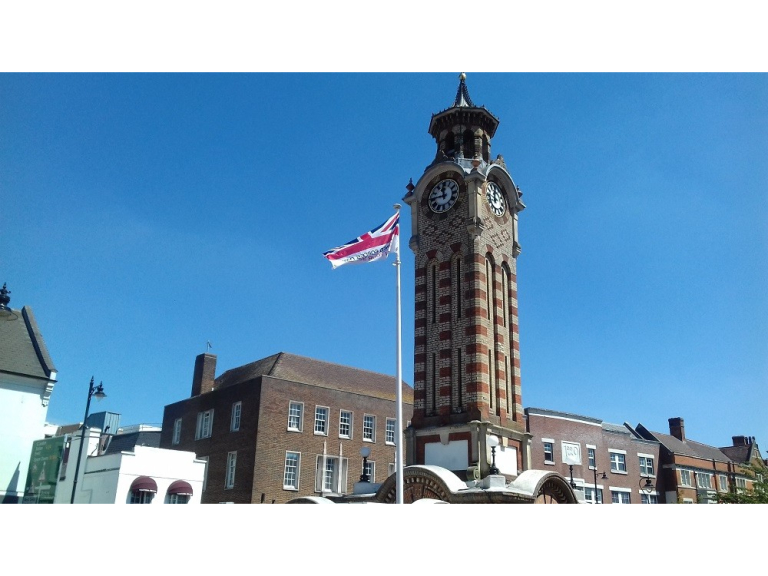 On Monday (25th June) , the Mayor of Epsom & Ewell, Councillor Neil Dallen was joined by councillors, reserves from the 135 Geographic Squadron (based in Ewell) and representatives from the Royal British Legion and the Burma Star Association at the 'Fly the flag' ceremony for Armed Forces Day held at the Market Place in Epsom.

Epsom & Ewell Borough Council raised the armed forces day flag in the week preceding Armed Forces Day (the last Saturday in June) and it will fly for the week. In doing so we joined 10 Downing

Street, Government departments and other local authorities in showing our support for the servicemen and women of our armed forces, past and present.

Armed Forces Day is a chance to show support for the men and women who make up the armed forces community, from currently serving troops to service families, veterans and cadets. 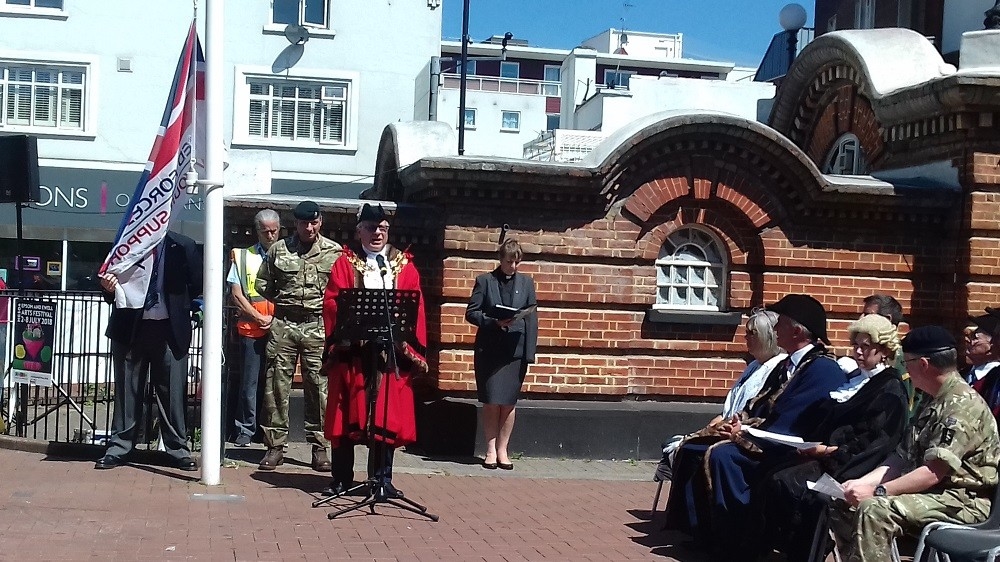 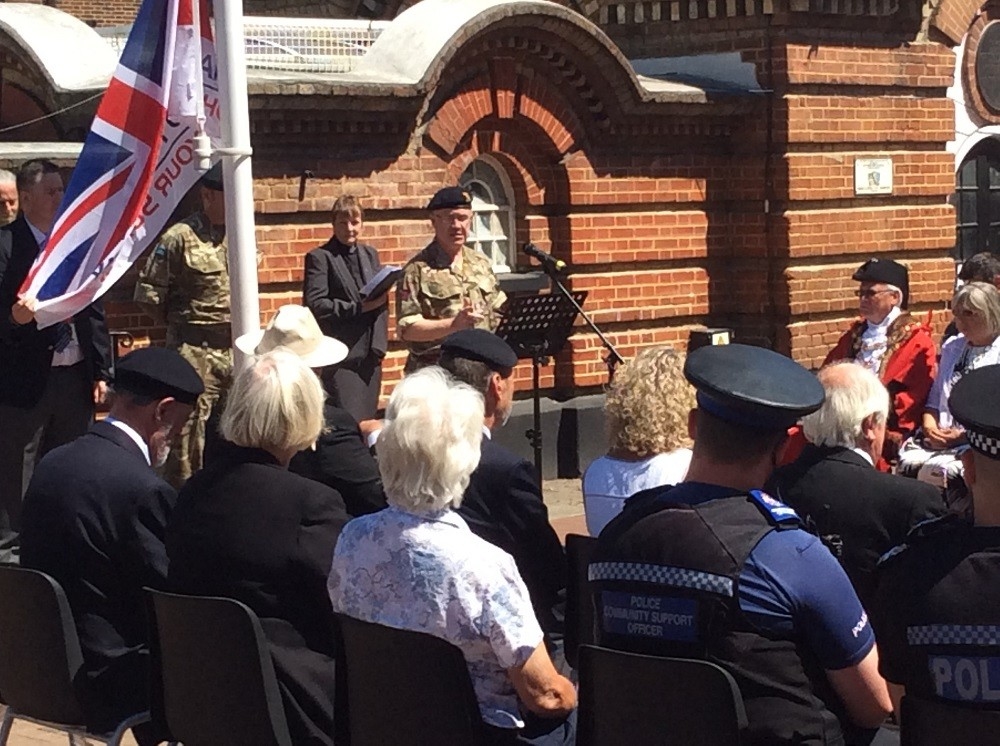 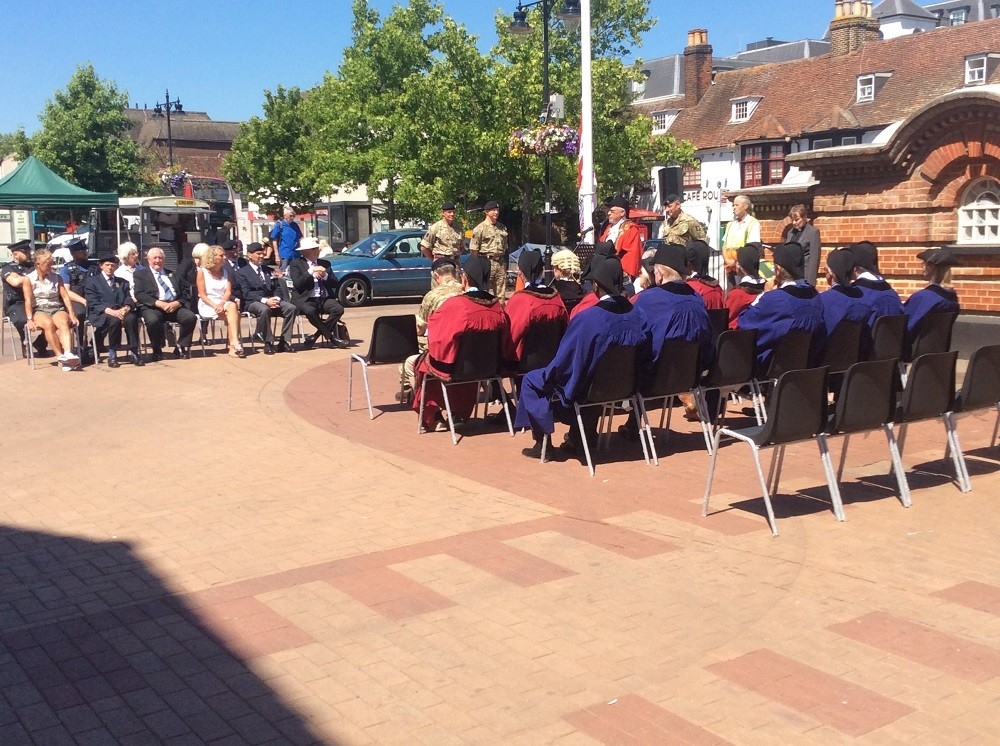 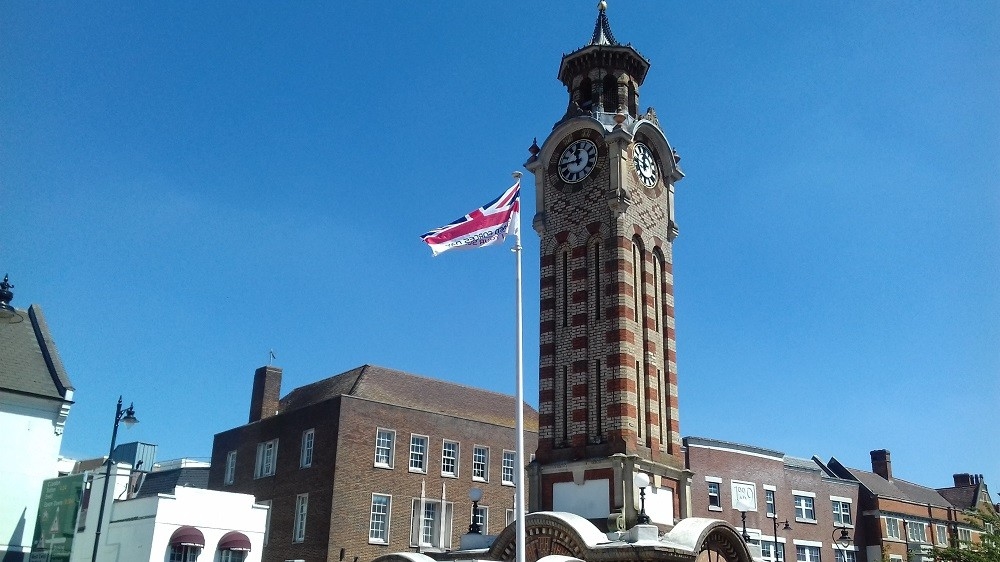