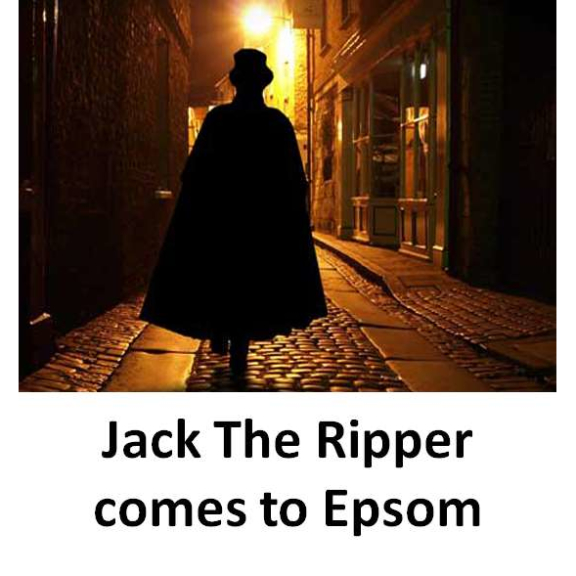 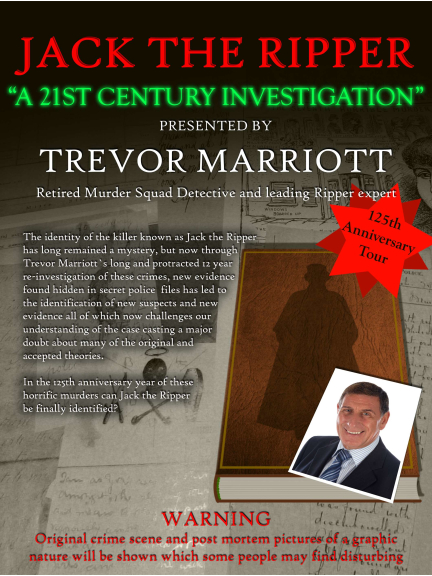 Trevor Marriott comes to the Epsom Playhouse to take you through his detection process.

Trevor Marriott is a retired British Police murder squad detective, and leading Ripper expert, who since 2002 has been conducting a cold case re investigation into The Whitechapel Murders of 1888 which were attributed to a fearsome killer who came to be known as Jack the Ripper.

There have been over 100 books published and numerous films and television documentaries. Many have over dramatised and distorted the facts to the point that the public now accepts the fiction more readily than the facts.

Trevor Marriott has now concluded his long and protracted cold case investigation with startling results which now have completely dispelled many of the original theories which have been readily accepted as being fact for 125 years.

It was generally accepted that the killer only killed five prostitutes between August and November 1888. However Marriott uncovered other murders outside of those dates both in London and in The USA and Germany. This lead to a new suspect emerging who had never been mentioned before who had been arrested for committing a Ripper like murder in The USA.

His ongoing investigation would disprove the accepted theory that the killer after killing some of the victims removed vital organs from their bodies at the crime scenes taking them away with him.

Further investigative work would uncover secret Metropolitan Police Special Branch records never before made public in which four new suspects are named and the contents of which now eliminate a number of the “prime suspects” who have been continuously investigated over the ensuing years.

Trevor Marriott now believes that all of The Whitechapel murders were not committed by the same killer and in fact Jack the Ripper may have been nothing more than a myth created by sensational journalism at the time of the murders.

“Jack the Ripper- A 21st Century Investigation” is a two hour show hosted by Trevor Marriot himself where he talks about and describes his lengthy investigation and discloses the new startling results. The show will be touring The UK throughout 2013 to mark the 125th anniversary of The Whitechapel Murders.

His one man show is packed with pictures from 1888 showing original crime scene photographs of the victims, the suspects together with many other original photographs from 1888 relative to the murders...

“It should be noted that some of these photographs are of a disturbing and graphic nature which some persons may find disturbing however adequate notice is given during the show to avoid anyone becoming upset or distressed.”

This show will coincide with the publication of  three new books written by Trevor Marriott titled “Jack the Ripper-The Secret Police Files” “The Evil within-The World’s Worst Serial Killers” and a Victorian Crime Mystery novel based on The Whitechapel Murders, titled “Prey Time”

Trevor Marriott recently featured in a television documentary for the National Geographic Channel titled “Finding Jack the Ripper” which were shown worldwide, other recent television credits include :