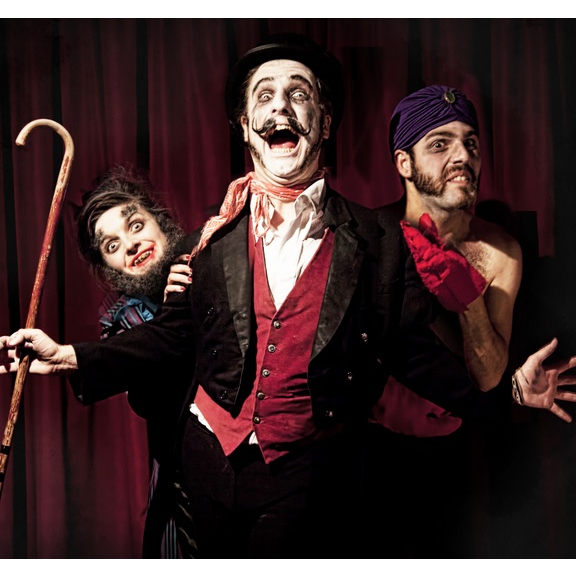 We're so delighted that The Spread Eagle Theatre is off with a bang!

Riding that wave of success folllowing their debut production of "Tea at Five" last month, this is the second production at the new pub theatre in central Croydon specialising in critically-acclaimed new writing. The second of Fuller’s Brewery’s new stable of professional pub theatres, behind the Old Joint Stock Theatre in Birmingham.

What a treat is in store! The critically acclaimed Tin Shed Theatre Company bring us Mary Shelley’s Frankenstein. But this isn't like any "Frankenstein" you've seen before. It's served up as a Victorian Travelling Freak Show!

Shelley’s story is retold through the twisted and depraved eyes of a cynical raconteur and his faithful gaggle of gormless goons. Welcome to the weird world of The Ring Leader and his Freaks - an Amazonian Ape Lady Half Lobster-Half Man, the Bearded Lady and Dr Frankenstein’s Creature himself.