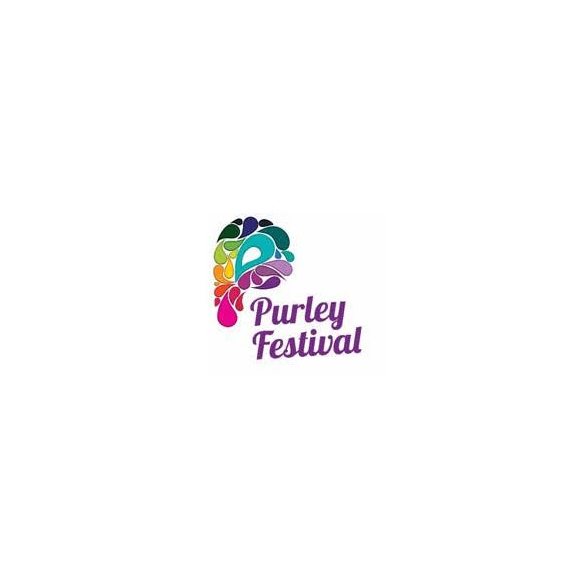 Following the announcement that the weekend finale of this year’s Purley Festival will be headlined by British jazz funk legends Shakatak (Saturday 4 July) and UK soul sensation Omar (Sunday 5 July); the festival organisers have now released the full line-up of bands and artists that will be performing on the main stage throughout the two-day festival finale.

On Saturday 4 July the Main Stage will kick off with the winners of Purley’s Got Talent (the work of Adam Hughes which aims to raise awareness for dementia), including the winner of the Croydon competition, 7 year old singer Nicola Catley. Adam Hughes will then perform his wonderful blend of acoustic and R ‘n B. The winners of the Rock, Pop, Jazz and Percussion section from Croydon Performing Arts Festival will then perform live on stage.

Next up will be the funked up jazz/soul outfit ‘Da Groovestation’. Combining sweet harmonies and soulful beats , their music has been featured in BBC3 series 'The Baby Boom'.

The BRIT School is the only free specialist Performing Arts school for 14-19 year olds in the country, and this year the Year 12 students will be showcasing their talent on the Main Stage.

Gracing the Main Stage after The BRIT School will be The Cracked who will be dropping African beats and harmonies to a backdrop of English pop.

The 286 are a nine piece band from London and the UK’s only rock orchestra. Mixing Rock ‘n Roll riffs with cellos and violins, their early evening set on the Main Stage will be one not to miss.

Warming up for the headliners will be the brilliant Trambeat. Formed in 2012 in South London they are a Northern soul and Motown influenced band playing original material with a passion.

And finally, to end a fantastic day of music, Purley Festival are proud to welcome…..Shakatak! They have enjoyed a level of success and career longevity rarely paralleled in contemporary music but then Shakatak are a particularly unusual group. The jazz-funk specialists will be playing music from across their 35 year career which has seen them score a number of chart entries, including two Top 10 hits in the UK Singles Chart - "Night Birds" (1982) and "Down on the Street" (1984). This will be a fantastic way to end the day!

Kicking off our Sunday fun on the Main Stage will be a Church Service before ex Brit School alumni Shan Smile & the Reggae Icons treat us to her beautiful vocals backed with great music.

Payback are up next, and the local soul funk outfit will be sure to keep the party going. Band members have performed and recorded with the likes of Celine Dion, Michael Ball, Barry Manilow, Seal and Cliff Richard, to name but a few.

A ‘super group’ in more ways than one, Hot Border Special boast musicians from The Noisettes, Quantic,  Heliocentric, JetTricks and more. Encompassing the genres of Psych, Afro, Funk and Rock, their thrilling live show is sure to be a hit.

Next up are The Expansions, a Jazz Funk quartet hailing from South London. Influenced by the street sounds of the 70's and Blaxploitation, The Expansions bring a new dimension to a classic sound.

Which brings us to our Sunday headliner, and 2015 Purley Festival closer, the brilliant Omar! Designated by many as the father of British neo-soul singer/songwriter/producer Omar began as one of the U.K.'s most promising R&B hopefuls with his early-'90s international hit "There's Nothing Like This”. Born in Kent, Omar moved to Croydon in 1988 and has released 7 albums in a career that has seen him work with Stevie Wonder, Erykah Badu and Angie Stone amongst others. Seeing this ‘local boy done good’ will be the perfect way to end a perfect weekend.

“Since becoming involved in Purley Festival in 2011, it has been my aim to shine a light on the fantastic local artistic talent we have and to create a festival for Croydon and Purley to be proud of.  Over the years we have worked with a variety of local acts and venues but this year, on our 5th anniversary we have really pushed the boat out.  It is the first year that we have been able to afford a headliner and we have not one but two!  1980’s chart sensations Shakatak and local soulster Omar. We also have a plethora of local talent playing across the stages."

"This year is the first time for us to have a silent disco featuring local DJ talent and we have linked up with Esther at The Oval and Lives not knives to bring you three stages of music.  Fantastic Tara Green is organising a stage of children singing so there is something for everyone!"

Purley Festival returns for its fifth year this summer from 29th June to 5th July.

The festival culminates in a two-day finale at the Rotary Fields on Brighton Road, close to Purley Town Centre, which will include three stages of music, a stage in a dedicated children’s area and a huge range of children's activities, sports activities, stalls and other attractions, making it an ideal event for people of all ages. Showcasing local traders with a wide variety of food and drinks, this year’s festival promises to be bigger and better than ever.

Run by a committed and passionate team of volunteers, Purley Festival is a community driven and inclusive event that celebrates the local area and cultural scene, local businesses and local people.

With over 7,000 people attending the Festival last year, 10,000 printed programmes distributed around the borough and over 38,000 website hits, Purley Festival can make brands visible to a very wide audience. Companies that sponsor a marquee can have their banner displayed for the duration of the weekend event. The festival organisers are also seeking sponsors for a Silent Disco.

Anyone interested in sponsorship and advertising opportunities can contact Fiona Lipscombe on 020 8407 3362 or by emailingflipscombepurleyfest@icloud.com for full details.