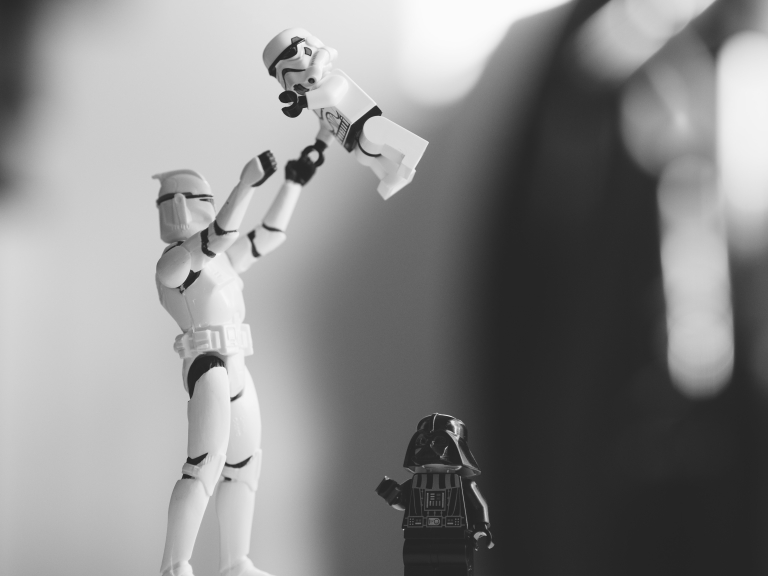 There's been a resurgence in Star Wars fever recently, what with Rogue One and The Force Awakens films being released over the last few years, but for some of us 1970s children (yes, I'm giving away my age!) the fever never really went away....

Not so much me, but I live in a house where my husband has always been Star Wars mad, and thus, the children have been indoctrinated into the world of siths and jedi too. Fancy dress outfits, light sabre fights in the woods, and even Star Wars birthday parties - we've seen them all over the years!

So those of us that are Star Wars fans, by design or default, will be very much looking forward to.... May the Fourth be with you - otherwise known as Star Wars Day!

But where does Star Wars Day come from (aside from being the obvious way in which fans declare their undying love for the franchise!)

I've been doing some digging into this and apparently the first time Star Wars Day was referred to was way back in 1979. It was the day Margaret Thatcher had become the first British female Prime Minister - May 4th 1979. The Conservative Party took out a half page advert in the London Evening News newspaper. It said: May the Fourth be With you, Maggie. Congratulations". Proof indeed that the Star Wars franchise had already infiltrated our society, and since then, Star Wars day has become an annual celebration!

Even though the phrase wasn't coined by Lucas Films, it's become much celebrated by fans across the globe. Nowadays come May the 4th, you'll see the hashtag #StarWarsDay trending across Twitter and other social media platforms.

And there's even been another one that's come to being for the following day: Revenge of the 5th! Love it!

So get hashtagging and celebrate. May the Fourth be with you all!